The Academic Staff Union of Secondary School, (ASUSS), has faulted the claims by the Nigeria Union of Teachers, (NUT), that some state gov... 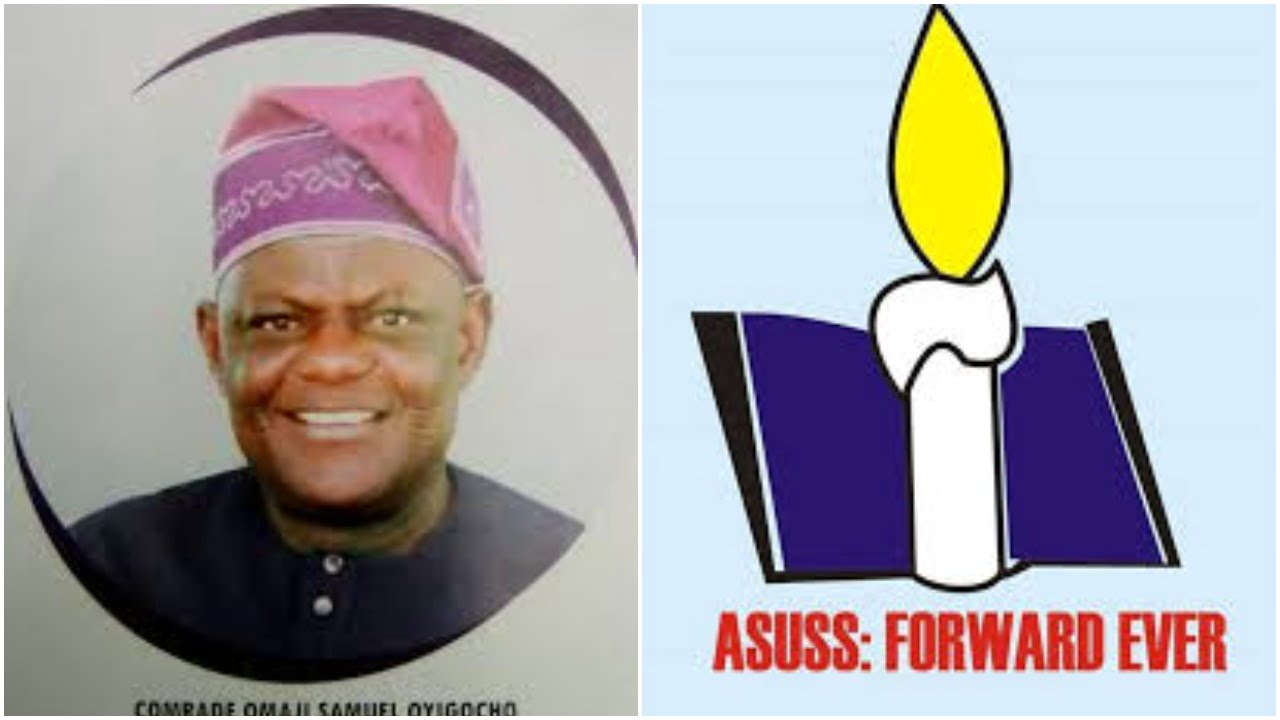 The Academic Staff Union of Secondary School, (ASUSS), has faulted the claims by the Nigeria Union of Teachers, (NUT), that some state governors that are not paying teachers’ salary are misleading and using some breakaway members of ASUSS to destabilize the 90-year-old union.

ASUSS also refuted the position of NUT that, the Supreme Court in its judgement of January 15, 2021, refused to grant secondary school teachers operating under the umbrella of ASUSS, power to operate as a trade union.

In a statement issued on Thursday by the National President of ASUSS, Comrade Samuel Omaji, through the Kogi State Chairman of the union, Comrade Ranti Ojo, the union maintained that the Federal Ministry of Labour and Employment or any court of competent jurisdiction has not cancelled the approval of ASUSS as a trade union as claimed by NUT in a media briefing last week.

Omaji in a statement titled, “A WOEFUL CRY; THE AGONY OF A LOOSER” challenged the leadership of NUT to mention the governors sponsoring them, just as he described the statement by their sister union as laughable and ridiculous.

He said those who see ASUSS as a threat and using poor teachers’ resources to parley government officials and institute multi-million naira litigations against their sister union are those negotiating with the lives and welfare of teachers for their selfish interest.

ASUSS explained that “It is expedient for us to debunk the falsehoods that were projected by NUT on the Supreme Court judgement of 15th of January, 2021 that is still rattling the leadership of the NUT over which they have rigorously inundated the public with different versions of interpretations through heavily sponsored media plan, including features, news items and editorials.

“It is an incontrovertible fact that the Supreme Court judgement of 15th January, 2021 was in favour of the Academic Staff Union of Secondary Schools (ASUSS) Nigeria as it set aside and nullified the Court of Appeal judgement of July 11, 2014. We hereby state categorically, that the Federal Ministry of Labour and Employment or any court of competent jurisdiction has not cancelled the approval of ASUSS as a trade union.

“We consider it ridiculous and laughable that NUT, a union that has been in control for almost nine decades is alleging that a union such as ASUSS that has been making undeniable positive and progressive impacts in the lives of Its members is being sponsored by “governors that are not paying teachers’ salary”.

“If NUT leaders are sincere, let them be bold enough to list such Governors. We stand to challenge them that how many of the repressive Governors backing NUT to suppress ASUSS’ right of existence are paying salary and doing well in terms of teachers welfare? Who was sponsoring NUT when teachers were not paid for several months across the country?

The statement read further, “How does ASUSS formation and existence as a union affect NUT? The establishment of ASUSS which is legally justifiable as pointed out is a value added to the education sector rather than being perceived as a threat. In the tertiary education sector, all levels have their unions. In the health sector, there are over 12 unions and heaven has not let loose.

“The fear of the impending doom and total loss of grips is the reason why the NUT crop of leadership has been busy fighting ASUSS while they left their members wallowing in trauma. They should never see our belief in a decent and peaceful approach to our liberation as an act of cowardice but as a way to let them realize we can peacefully coexist and synergise for education development.

“If NUT jurisdictional scope is as what it claims, why is NUT not unionizing the teachers of the Federal Government Colleges and Unity Schools, Private Primary and Secondary Schools? Is NUT not aware that the registrar of trade union has issued a certificate of registration to teachers in private schools or is it deliberate design to misinform the public?

“We are being tempted to say that the Nigeria Union of Teachers (NUT) lacks adequate information on this matter. As teachers, we advise them to go for further information. “It will interest the public if NUT can avail us who are her members in Secondary Schools in more than twenty-five states where ASUSS is in control”.

The leadership of ASUSS, however, appreciated the Supreme Court of Nigeria for proving that the judiciary is the last hope of the common man and the Hon Minister of Labour and Employment for seeing the genuineness in” our movement for emancipating Secondary School teachers in Nigeria by granting approval of our registration as a trade union.”