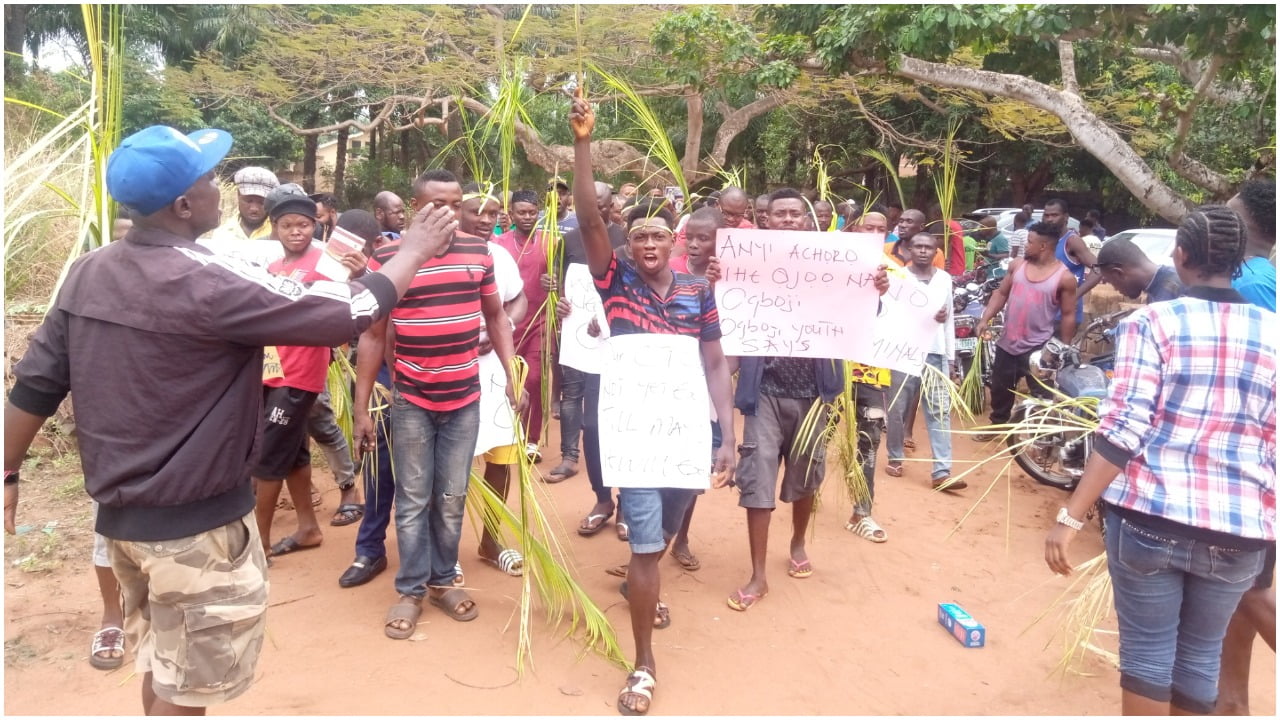 Protesting youths from Ogboji community in Orumba South Local Government Area of Anambra State have excommunicated nine, out of 11 elders listed as members of a new caretaker committee of the community.

The protesting youths who wielded placards with various inscriptions on Friday stormed the palace of the traditional ruler of the community, HRH Igwe Festus Iyioku to protest the constitution of a caretaker committee in the community, despite the non-expiration of the tenure of the current leaders.

President of the Ogboji Youth Association, Mr Chukwuweike Okeke who led the youths while addressing the monarch insisted that nine members of the new caretaker committee have been excommunicated from the community, while two were pardoned for confessing that their names were listed without their knowledge.

Okeke said, “We are here to tell you that some members of the community are planning to scuttle the peace we have here, and we will not allow that to happen. We have decided to excommunicate all those whose names appeared on the list of the new caretaker committee, except Chief Paulinus Nwafor and Chief Marcel Orjiakor.

“Every other member whose names appeared on the list must bring to the community their caps, which signifies their title, and would have no dealing with anyone in the community, henceforth.”

Okeke insisted that Mr Marcelinus Emechebe remained the chairman of the community, saying that his leadership brought peace and development to the community.

He said their reason for bringing the protest to the palace of the traditional ruler was to ascertain if the monarch was aware of the change in the leadership, stating that the government cannot conspire with some people in the community to foist a new leader on them.

The monarch, Igwe Festus Iyioku, while reacting, commended the youths for the peaceful conduct, stating that he would make more consultation to find out the reason for the sudden change in leadership.