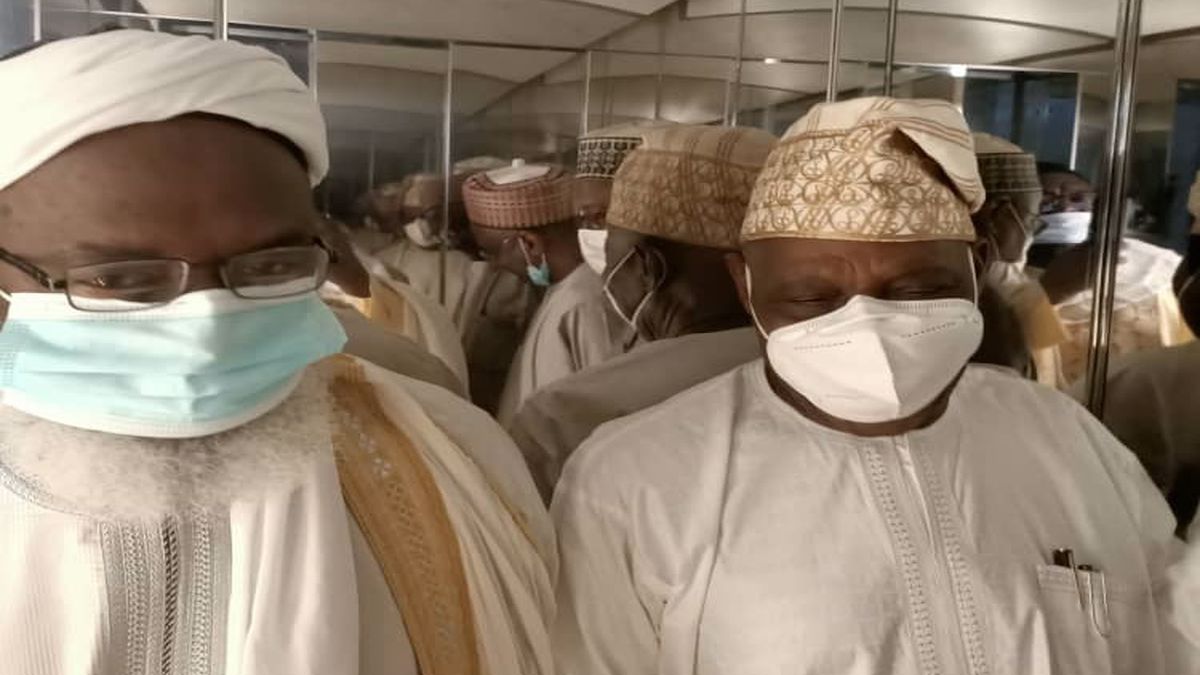 Saga Gist reports that Gumi, who has been negotiating with bandits in the North, visited Obasanjo on Sunday with a delegation of eight persons.

At the meeting, Gumi briefed Obasanjo and his delegation on the steps he had taken and spearheaded to stem the tide of insecurity and menace of banditry, kidnapping and ransom payment in many parts of the North.

In a statement jointly signed by Obasanjo and Gumi, it was mentioned that banditry, kidnapping and other crimes were a nationwide phenomenon, adding that people from different parts of the country and outside the country were involved, with some people being more predominantly involved than others.

In their recommendations, it was advised that no one should encourage or support criminality advertently or inadvertently.

“We acknowledge that the security situation has gone beyond tolerance, hence Sheik Gumi’s coming to Abeokuta to confer with Chief Olusegun Obasanjo.

“We identified the crisis as micro ethnic conflict between the Fulani and many host communities mainly in the North West.

“We identified the remote causes as educational and economic disparities, and the negative use of religion and ethnicity by unscrupulous politicians.

“Solutions must be seen and provided on short-medium-and long-term bases and must be composed of stick and carrot for the offender and the vulnerable,” the statement added.

It was recommended that all well-meaning Nigerians have to be involved in finding solutions by desisting from blame game, desisting from ethnicising, religionising and regionalising those crimes.

Nigerians were also advised to respect one another individually, community-wise, locally, ethnically, religiously and socially.

The statement read further that, “State governments must have adequate means of providing security for their people and as chief executives and chief security officers of their states, they must have the means at their disposal to ensure security for all within their states.

“Federal government must be proactive, secure necessary and updated intelligence to deal with organised crimes and have common policy for the nation. It is not solving the problem when one state goes for negotiation and molly-cuddling of criminals and another one goes for shooting them. Nor should one state go for ransom payment and another one going against.

“Education is one main key to solve the problem in the long run but it must start now. The 14 million children that should be in school and are out of school must be put in school with local authorities, state governments and federal government working together.

“Wean those who are ready to be weaned out of the bushes and crime, settle and rehabilitate them, give them skills, empower them and let them have employment.

“The hardened criminals must be hard hit with stick. Unlawful carrying of arms should be very seriously punished.

“Federal government should take the issue up seriously within ECOWAS to work for a regional solution.

“Every community must be encouraged and empowered to stand firm and strong against criminals.

“Special courts should be created to deal promptly with cases of banditry, kidnapping, ransom demanding and unlawful carrying of weapons.”