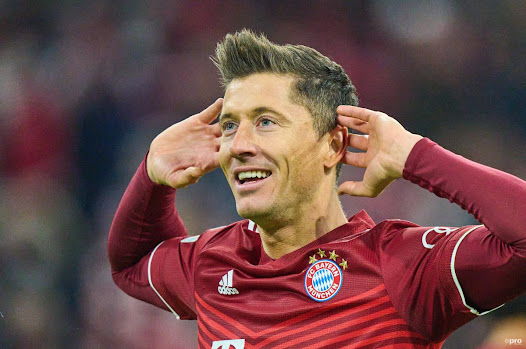 Bayern Munich have vowed that no amount of money or pressure would see them sell their top striker, Robert Lewandowski.

The Bavarian said the Pole has one more year left in his contract and must be willing to honour his current deal.

The Bundesliga champions, who earlier slammed a price tag of at least 50 million euros on the striker, have told Barcelona they should not be wasting their time making further offers.

The honorary President of Bayern Munich, Uli Hoeness has revealed that the club have decided that they won’t sell Lewandowski this summer.

“I don’t know anything about a new offer. But as things stand in Munich, what I have heard is that Barcelona should save themselves the effort of making another offer,” Hoeness said at a sports congress in Neuland.

“But Bayern’s words were clear. They said that Robert should honour his contract with Bayern Munich.

“I can’t imagine that there is any amount of money that would make them change their mind,” he said.

Despite Bayern Munich’s public stance, Lewandowski wants to leave by all means and has decided to join Barcelona.