2023: Hundreds of PDP, APC supporters defect to Accord Party in Abia 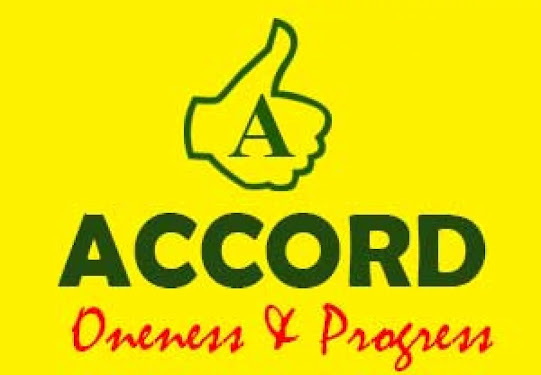 Ahead of the 2023 main elections in Nigeria, hundreds of members of the Peoples Democratic Party, PDP, and the All Progressives Congress, APC, from Ukwa East and Ukwa West Local Government Areas of Abia State, have defected to the Accord Party (AP).

They also pledged total support towards ensuring that the Accord Party form the next government in Abia State come 2023.

The defectors from the two local government areas were led into the fold of Accord Party by Chief Chibuzor Imo and Mrs Nwanyiom David, respectively.

Speaking during an event held in Ukwa Local Government Area of Abia, on Friday, the leader of the PDP defectors, Chief Chibuzor Imo, hinged their move on the worsening condition of affairs in the State and lack of people-oriented policy by the ruling Peoples Democratic Party, PDP, in Abia State.

According to him, “it is not hidden that the ruling PDP in Abia State has failed in all indices to improve the welfare of the populaces in the State. It’s indisputable fact that the citizens are facing hardship, hunger, poverty, penury, and these are as a result of lack of well-defined and development-oriented templates by the PDP-led administration in enhancing the poor standard of living and affairs in Abia.

“We join Accord Party at this remarkable electioneering period, as the only alternative that can foster and provide the needed dividends of democracy to every doorsteps of the Abia masses, and we are saying come 2023, we will work harder and collectively to effect a change in the number one political leadership of Abia, and join other like-minds to vote in an effective and responsive government for the general good of Abia people and the State”.

On her part, Mrs Nwanyiom David, lamented the height of insecurity and joblessness in the State and the country at large, assuring the State leadership of the Accord Party that all members and women within and outside Ukwa East and Ukwa West Local Government areas in Abia would fight for freedom.