2023: Shettima not a religious bigot, nothing to fear – CAN chairman 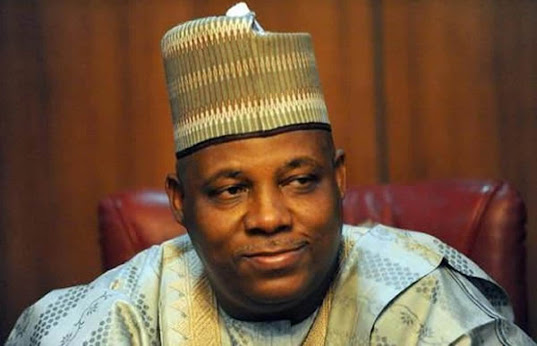 Bishop Mohammed Naga, Chairman, Christian Association of Nigeria (CAN), Borno State, has hailed the selection of the former Governor of the State, Kashim Shettima, as Bola Tinubu’s running mate for next year’s general elections.

Naga said Shettima is not a religious bigot, adding that he has nothing to fear about him.

Saga Gist reports that Tinubu, the presidential candidate of the All Progressives Congress (APC), revealed on Sunday that Shettima will be his running mate in 2023.

The Muslim-Muslim ticket of the APC has since stirred reactions.

Tinubu explained that although there were concerns about the Muslim-Muslim ticket, he chose Shettima because the former Governor of Borno State would bring the best governance to Nigerians, irrespective of religion or tribe.

Reacting to the announcement, Naga, in a statement on Monday, said he was happy Tinubu made his mind known to the general public in the person of his preferred running mate, Shettima.

Naga’s statement read in part, “My brothers, those who are not from Borno State may not know, but you and I know better.

“Gov. Shettima, in the history of Borno State, is the only Governor that has sponsored the highest number of Christian Pilgrims every year since 2011.

“I am speaking boldly without fear or favour because as CAN Chairman, I don’t receive salary or kobo from the Government or any institution, but the facts need to be told.

“For example, when Gwoza people were driven from their ancestral homes, they fled to Maiduguri, and the Governor personally came to CAN Centre in Jerusalem ward two times in June and July 2014. He gave N10 million for their upkeep at first instance, but the victims weren’t many. By the end of October 2014, the IDPs from Gwoza increased to 42,000 in that camp alone. Governor Shettima came again and gave another N10 million.

“He also gave an additional N5 million to Christians from Borno who fled to Cameroon to be returned home.

“Sincerely speaking, as a Christian and a preacher, absolutely I have nothing to fear about Asiwaju’s picking a Muslim as his running mate because he is not a religious bigot and I am happy he has made his mind known to the public in the person of his preferred running mate.

“Seeing another presidential candidate applauding him is a plus for him and supporters of Asiwaju. Congratulations to the awaiting president and vice president.”