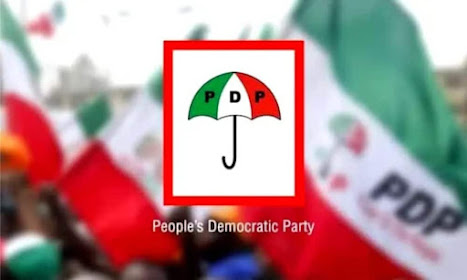 It was gathered that the former Deputy Chief of Staff, Deputy Governor’s Office, Barr. Alex Dumbo, who just left the party had earlier resigned his appointment to contest the Sagbama/Ekeremor Federal Constituency PDP primaries.

Some of his supporters who brief our correspondent, insisted that a last minute directive to all delegates to deliver Dr. Fred Agbedi, who is an incumbent in the election didn’t go down well with other aspirants and the new decampee.

He also announced that he and his numerous followers have pitched their tent with the Social Democratic Party (SDP).

Dumbo, who also decamped to the Social Democratic Party, SDP from the PDP, said in a letter addressed to the ward Chairman, PDP, Ekeremor ward 3, that the labelling of some party members who have passionately served the PDP over the years as “Restoration politicians” was unbearable and smacks of disdain and distasteful to his person and what he stands for.

Like the Brass Local Government Chairman, he averred that the PDP no longer offers a platform where the principles of equity, fairness and justice guided members; and his ambition to grow politically and provide democratic dividends to his people is being denied by the party.

The statement reads, “I regret to formally notify you of my resignation as a member of the PDP. You are aware of my humble contributions to the PDP over the 24 years and can attest to my passionate drive for fairness, equity, justice and equal opportunity for all.

“I regret to state here that these strong principles and values on which I stand and play my politics have been trampled upon and my political future largely undermined.

“Let me conclude hereby offering my very profound apologies to their Excellencies, Senator H.S Dickson, Senator Lawrence Ewhrudjakpo and other well meaning political leaders and associates for the embarrassment and low spirit these decisions might cause them.”