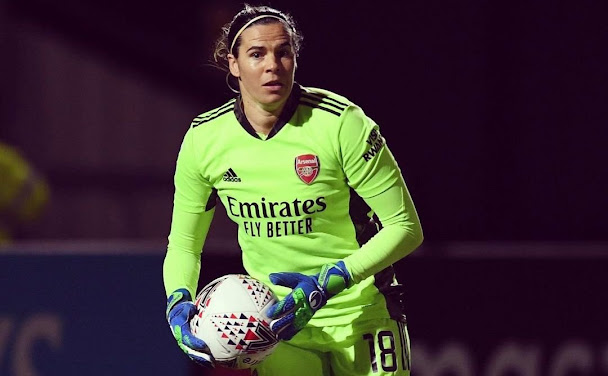 Arsenal have confirmed that goalkeeper, Lydia Williams, has left the club women’s team after the expiry of her contract.

Arsenal disclosed this in a statement via its official website on Monday morning.

The statement read, “We can confirm that Lydia Williams has left the club following the expiry of her contract.

“Lydia joined from Melbourne City in 2020, making her debut in our penalty shoot-out victory over Tottenham Hotspur in the FA Continental League Cup on 18 November 2020.

“In total, Lydia – who recently won a milestone 100th cap for the Australian national team – made 20 appearances in Arsenal colours.

“We would like to thank Lydia for her contribution here and wish her well for the next chapter in her career.”