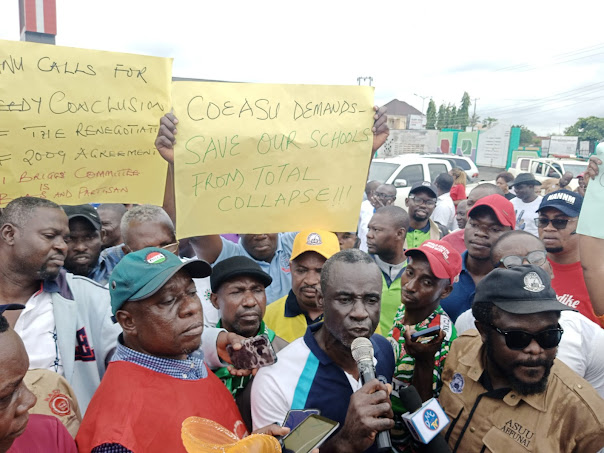 The state chairman of the NLC, Mr. Ikechukwu Nwafor, who led leaders and members of other affiliate unions that hail from various varsities and in the 13 LGAs of the state, protested round the state capital.

The protesters were carrying placards with inscriptions; “ASUU demands FG to give us better pay package”, “FG: deploy UTAS in full that will accommodate the percularity of the university”, “FG:Improved welfare is our right”, “FG: bring our children back to school”, “FG: No going back on this structure Aluta continua Victoria arceta” etc.

“We stand to say that those who betrayed the workers of the state will himself be betrayed, ” he stated.

The chairmen of Academic Staff Union of Universities, ASUU, especially that of Ebonyi State University, FUNAI, Ebonyi College of Education, among others who spoke to journalists during the protest said the strike will continue until their demands are met by federal government and Ebonyi state government. 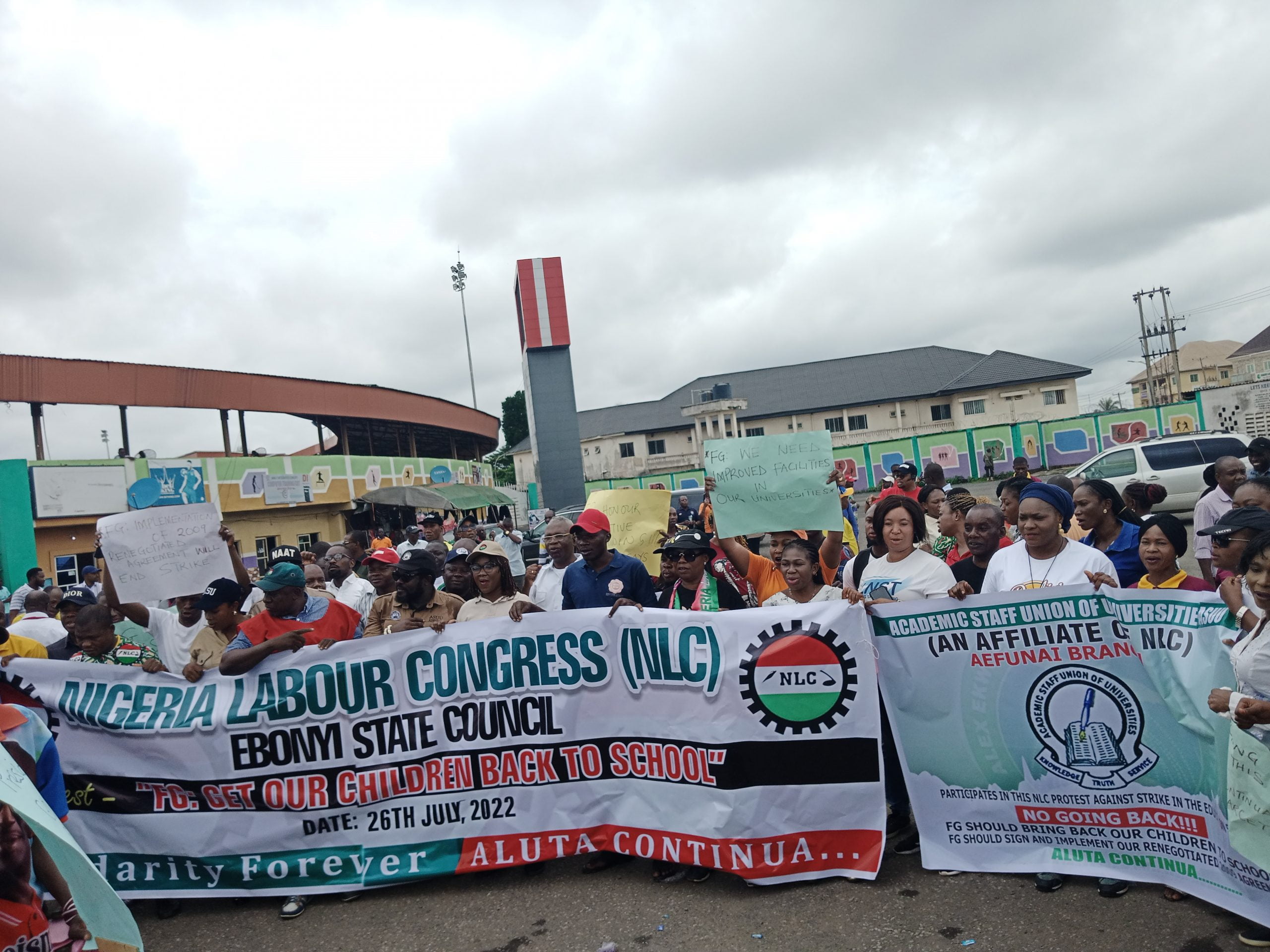 Some of the ASUU chairmen; FUNAI and EBSU, Mr. Egwu Oguaga and Mr. Ikechukwu Okorie said:”We are here today to call for emancipation of our country from the hands of those who wants to kill it. The main purpose of this struggle is to tell Nigerians that we have government that is insincerity to the plights of Nigerian people.

“In five months, university lecturers are at home and we cannot teach our students. The lecturers are not well taken care of. We are that this strike must continue until our demands are met.”