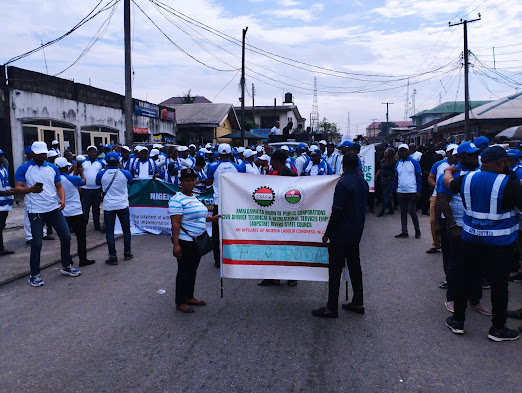 Members of the Rivers State council of the Nigeria Labour Congress, NLC, have made good their threat to stage a solidarity protest over the lingering strike by university lecturers.

NLC members in their large numbers converged at the State headquarters of the Congress to begin the protest.

Saga Gist reports that the protesters are marching to the Rivers State government House to submit their protest letter.

This is despite an earlier announcement by the Rivers State Head of Service warning workers against joining the protest.

Civil society organisations are also taking part in the protest. 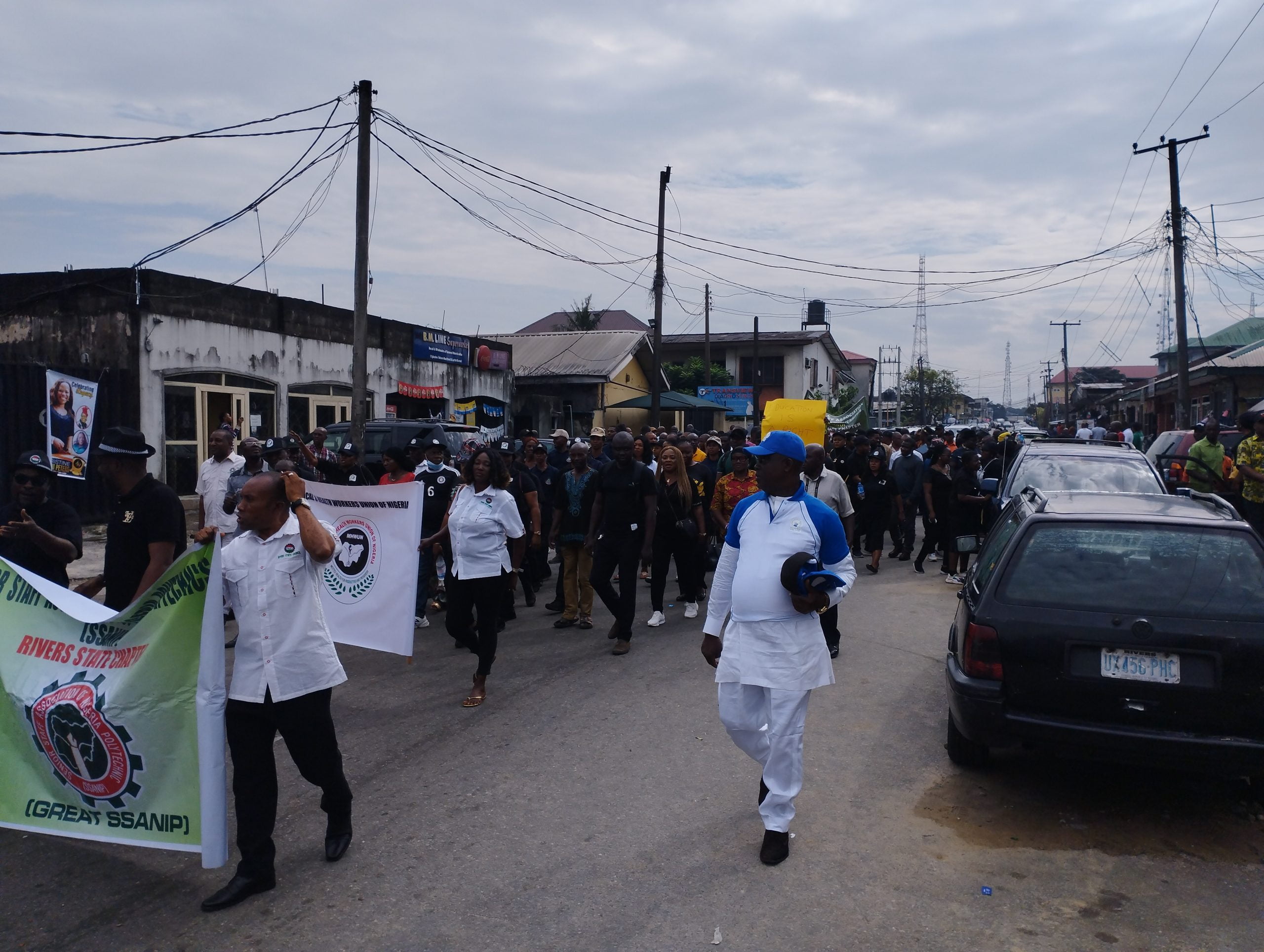 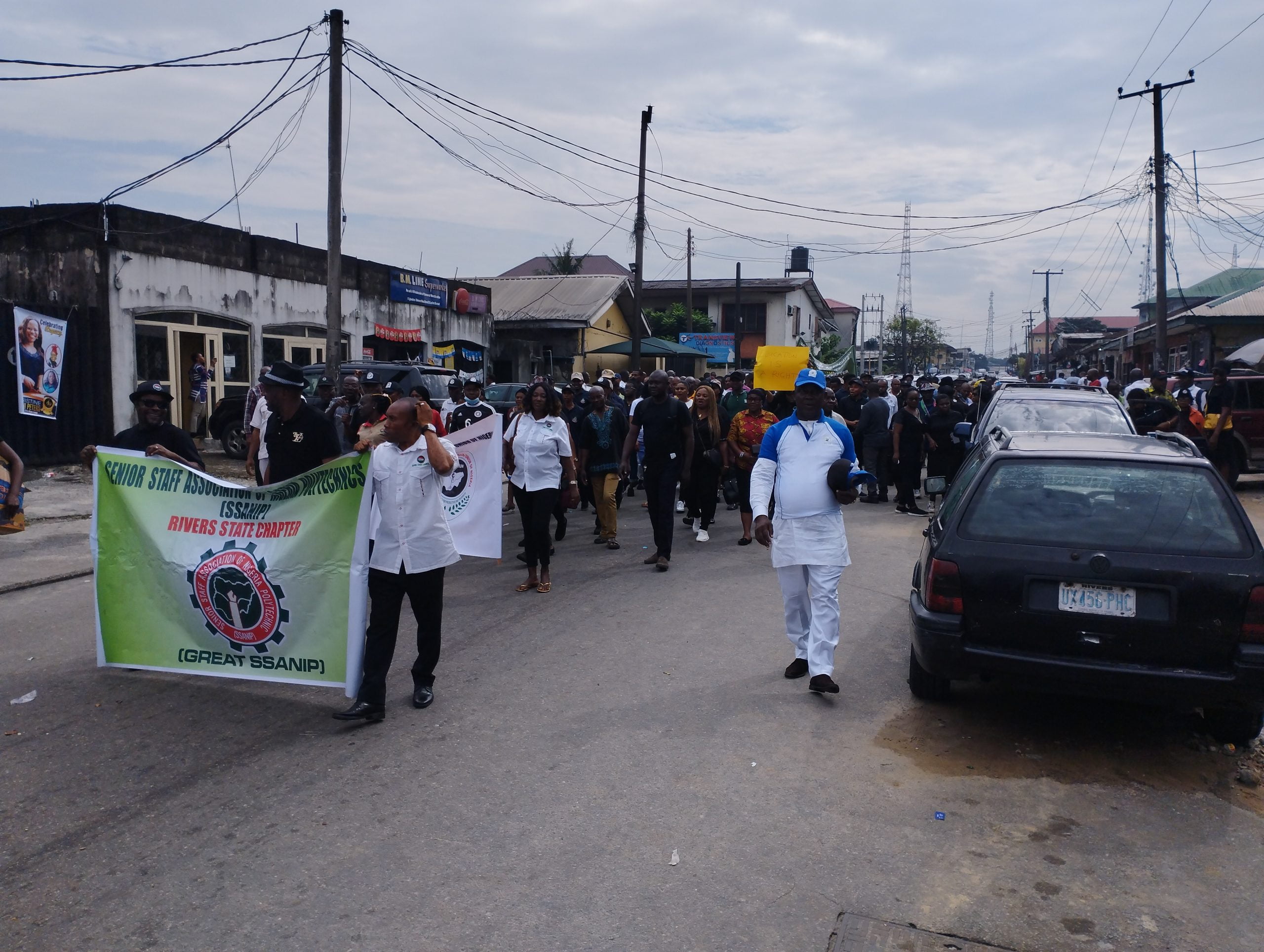