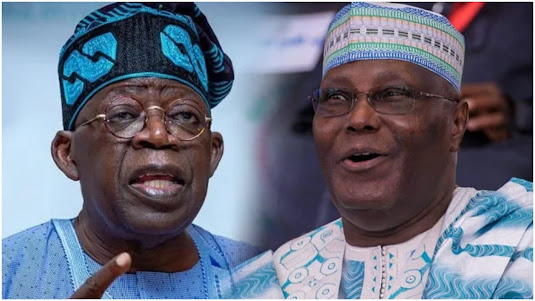 According to Atiku, the same faith ticket separated them when Tinubu lobbied to be his running mate in 2007.

But Tinubu’s Campaign Organisation in a statement on Saturday, said the PDP presidential candidate lied and was unprepared for the job of presidency.

Tinubu, in the statement, analyzed six areas Atiku lied in his interview, as he argued that contrary to Atiku’s claim, it was the PDP candidate that wanted him to be his running mate.

Reacting to Tinubu’s outburst, Atiku in a statement by its Media Adviser, Paul Ibe, Saturday, said he was amused to read the knee-jerk response from the Tinubu Campaign Organisation, challenging the APC candidate to grant the same interview.

The former Vice President said he was not surprised at Tinubu’s response because he has not sat down to do any prolonged interview for obvious reasons.

The statement reads partly, “We would like to challenge Bola Tinubu to subject himself to an hour long interview, like the Waziri did, and if he is able to be as articulate and mentally present as our candidate, then he can talk.

“Until then, we will only want to remind him and his yes men that they are not in a position to point fingers when they have not sat on the hot seat.”