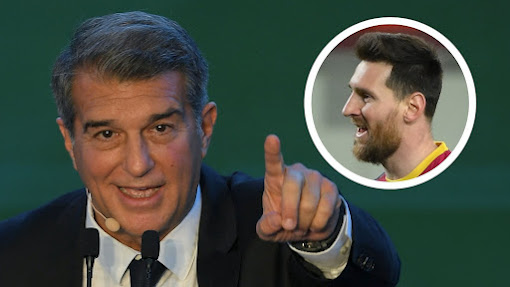 Barcelona president, Joan Laporta has insisted that he is indebted to the club’s legend, Lionel Messi.

Laporta also said that it is his responsibility to ensure Messi has a beautiful ending in his career as a football player.

Messi left his boyhood club, Barcelona last summer to join Paris Saint-Germain after the Catalan club was unable to renew his contract due to LaLiga regulations.

“I think, hope that Leo Messi’s story with Barcelona is not over yet,” Laporta said on ESPN.

“It’s still open, it’s our responsibility to make sure it has a more beautiful ending than it was”.

“As Barça president, I feel indebted to Messi,” he added.