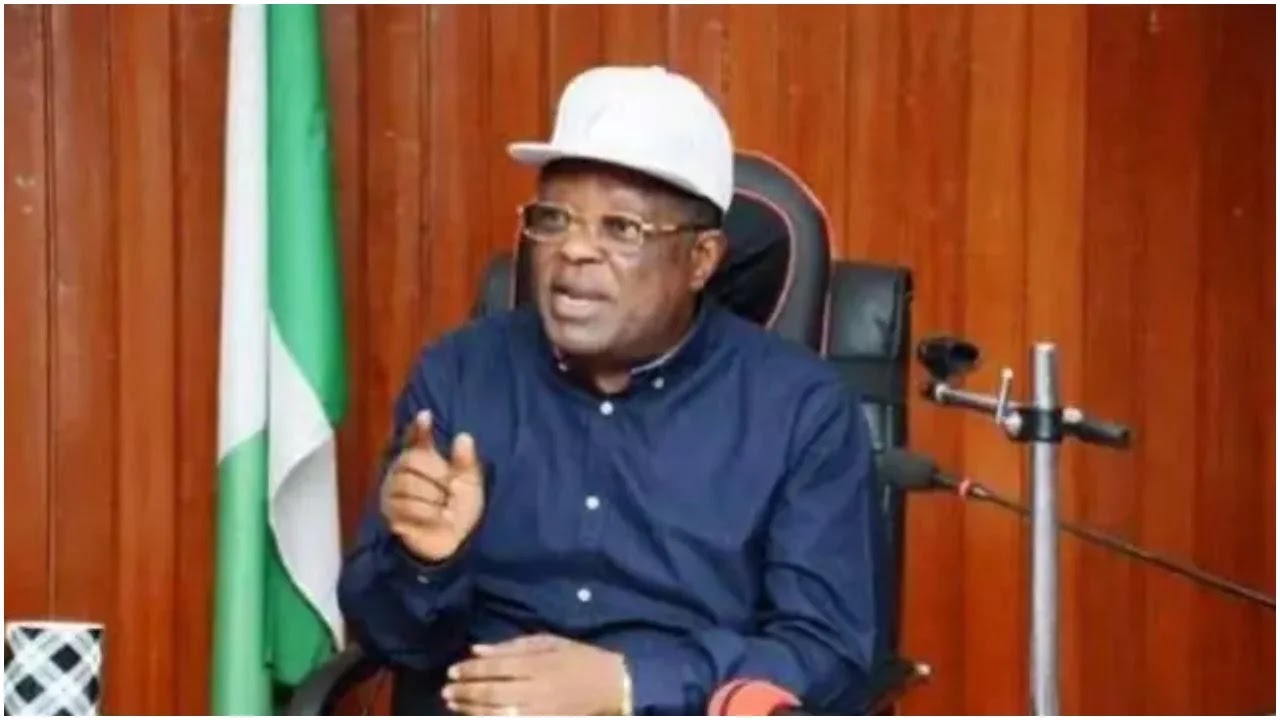 A Federal High Court in Abakaliki, the Ebonyi State capital, has thrown out a suit filed by the governor of the state, Dave Umahi, asking the Independent National Electoral Commission (INEC) to recognise him as an All Progressives Congress (APC) senatorial candidate.

In its ruling delivered on Friday, the court recognised Ann Agom-Eze, who came second in the May 28 senatorial primary for Ebonyi south.

According to NAN, the court, however, ordered INEC to conduct a fresh primary within 14 days for the district.

Umahi’s counsel, Roy Nweze, had filed a suit against INEC at the federal high court, asking the court to compel the electoral body to recognise him as the senatorial candidate for the district.

Austin Umahi, brother to the governor, was declared the winner of the APC senatorial ticket for Ebonyi south.

According to NAN, another primary was held on June 9, during which Austin withdrew, and the Ebonyi governor reportedly contested unopposed and won.

However, although the APC had listed Dave Umahi as its senatorial candidate for Ebonyi north, he was excluded when INEC published the list of candidates for the 2023 elections.

Reacting to the development, Nnaemeka Nwonwu, who is counsel to Agom-Eze, expressed satisfaction over the judgment.

“Yes, the court has ordered APC to conduct a fresh primary to ratify the candidacy of our client, Ann Agom-Eze, who took the second position as governor’s younger brother has withdrawn,” Nwonwu said.

“The court has given 14 days from today, Friday, to conduct a fresh primary for the zone.”