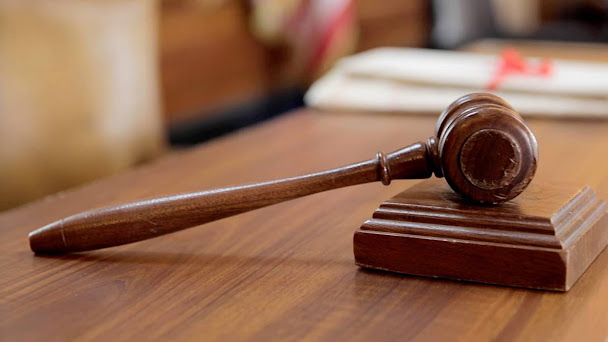 A Kwara State High Court has sanctioned two public servants in the State over the disappearance of three suspects standing trial.

They stood as sureties for three suspects being investigated by the Ilorin Zonal Command of the Economic and Financial Crimes Commission, EFCC, for internet fraud-related offences.

They incurred the wrath of the law for their failure to produce the three suspects for trial.

Adenigba stood as surety for one Amaechi Umenye and Adeyemi Adedeji, while Bisiriyu stood for Dawodu Olusoji.

The two civil servants had made an undertaking to produce the defendants who are now at large each time they were needed by the anti-graft agency.

The trio of Amaechi, Adeyemi and Dawodu were amongst the thirty suspected internet fraudsters arrested in Offa, Offa Local Government Area of the State sometime in 2020, while acting on an anonymous petition received by the EFCC on activities of the scammers, popularly known as Yahoo Boys, in the area.

As investigations progressed in the matter, both Adenigba and Bisiriyu wrote separate bail applications to the Ilorin Zonal Commander of the EFCC, entered bail bonds and promised to produce the defendants anytime their attention was needed.

The suspects after their release, jumped the administrative bail granted them by the commission, while the sureties also could not produce them.

Consequently, the Commission approached Justice Adenike Akinpelu of the Kwara State High Court for the sureties to show cause why the bail bond should not be forfeited or the sureties be committed to prison.

Delivering ruling on the applications on Thursday, Justice Akinpelu agreed with the submission of the EFCC lawyers, Sesan Ola and Andrew Akoja that the two Kwara Civil Servants should forfeit their bail bond.

The court ordered Adenigba, surety to Amaechi, to forfeit the recognizance of N5million and remit the sum of N4.5million thereon, but pay the sum of N500,000 within 3 months or be committed to six months imprisonment in the event he failed to pay the said sum.

On Adeyemi’s case, the trial Judge ordered Adenigba to forfeit the recognizance of N1million and remit the sum of N750,000 thereon, but pay the sum of N250,000 within three months or be committed to prison for five months in the event he failed to pay the said sum.

For Bisiriyu, who stood as surety for Dawodu, Justice Akinpelu ordered the surety to forfeit the recognizance of N3million and remit the sum of N2million thereon, while he was ordered to pay N1million within three months or be committed to six months imprisonment in the event he failed to pay the said sum.