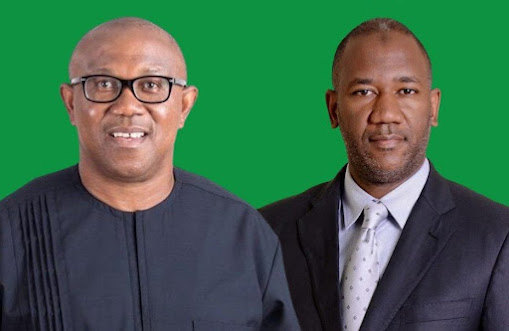 Nigerian businessman Yusuf Datti Baba-Ahmed was on Friday announced as the running mate to Peter Obi.

Obi, a former Anambra governor, is the presidential candidate of the Labour Party (LP) for the 2023 election.

Baba-Ahmed, from Kaduna State, is the founder of Baze University in Abuja, the nation’s capital.

Since the emergence of Datti’s name as Obi’s running mate in the last 24 hours, different ages of the politician have been circulating.

Baba-Ahmed’s date of birth was not found on his university’s profile page.

“He was born to the Baba-Ahmed family in Zaria in the 1970s”, the ‘Early life and education’ section notes.

The discrepancy has elicited reactions and questions on and off social media.

LP opponents and critics are propagating the argument amid the growing confusion.

Other followers of the 2023 political season are wondering if Baba-Ahmed is actually below 50 years old.

After findings, Saga Gist gathered that Baba-Ahmed is 53 years old.

Baba-Ahmed is expected to make a clarification as he joins a presidential race witnessing controversy over candidates’ age and academic records.

The LP vice presidential candidate was the Senator for Kaduna North from 2011 to 2012.

He represented the Zaria federal constituency in the House of Representatives between 2003 and 2007.

The former lawmaker earlier worked at the Nigerian Security Printing and Minting Company and First Bank of Nigeria.