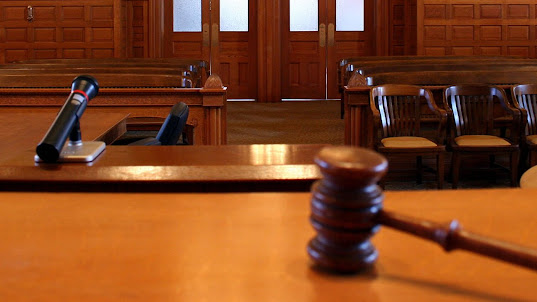 The Court presided over by Justice Adekunle Adeleye, also ordered the life imprisonment of the four for the attempted murder of Tadeni Adebo.

One of the convicts, Sunday Aernana had falsely alleged the deceased, the late chief Fatunla, of having illicit affair with his wife.

He thereafter lured the deceased and the lady to a farm settlement at Iyemero on 5/4/2020 under the pretence that he wanted them to beg an lbira man who was disturbing him where he was hewing charcoal.

On getting to the farm, the 3 other convicts descended on the 2 of them by beating them to a pulp and tied them to different trees at a distance of 300 metres.

They were said to have broken a bottle on the head of the deceased and after he was soaked with blood, poured petrol on him and set him ablaze.

Meanwhile, the lady, Adebo Tadeni, by providence, escaped from where she was tied to a tree.

The Director of Public Prosecutions, Julius Ajibare, who prosecuted the case for the State, called 6 witnesses to prove the case beyond a reasonable doubt.

The Court also convicted one Topa Ojo Dada for the offence of Raping one Adesina Folasade who hawks groundnut.

The convict lured her to his house under the pretence that other people in the house wanted to buy groundnut from her.

The convict, being a child of 16 years when he committed the offence, was convicted and kept at a Juvenile Correctional Centre at the directive of the Governor.