EPL: I don’t want to be main man at Arsenal – Gabriel Jesus 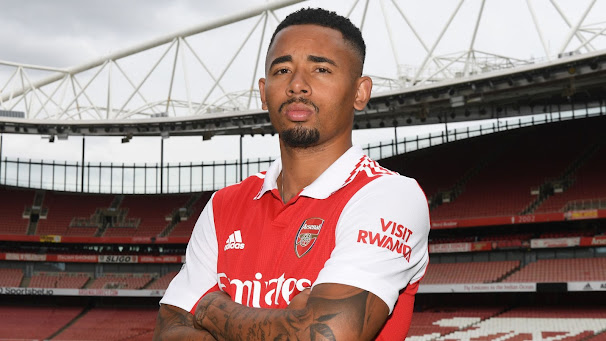 New Arsenal striker, Gabriel Jesus has insisted he does not want to be the main man in the team.

According to Jesus, he just wants to enjoy his football with the Gunners.

The Brazil striker has hit the ground running in Mikel Arteta’s team since his £45m switch from Manchester City.

The 25-year-old has netted three goals in his opening two pre-season appearances.

But he said: “The conversation I had with Edu was amazing because I was so happy with the project.

“Straightaway I said ‘yes’ as I felt my path was taking me to London. I don’t want to be seen as the main man or the superstar here. I just want to play and enjoy my football.

“I come to help and to learn with the guys. There are amazing players here so I’ve come to join a club where everyone wants to win together.”