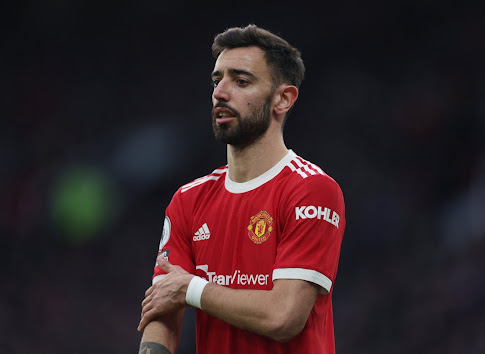 Fernandes recently dumped his No.18 jersey to pick the No.8 shirt at Man United.

The No.8 was worn last by Juan Mata, who left Man United this summer.

Explaining his reason behind wearing his preferred number on his shirt, the Portugal international told MUTV on Sunday, “That shirt means a lot [to me].

“There is a history behind that [number] because my father, when he used to be a player, he was playing with a number eight.

“He quit football because he had an offer from work, and obviously, at that time for my brothers and me and for all the family, it was better that he had proper work than [to] keep playing football.”

“[The number eight] is the number he was using for two years,” he added.

“Because it was also his dream [to be a footballer], it makes my dream a little bit of him.”