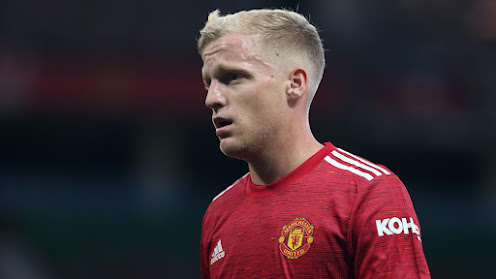 Manchester United midfielder, Donny van de Beek, has expressed his displeasure after captain Harry Maguire was booed by fans during their 3-1 win over Crystal Palace in a preseason friendly.

Van de Beek himself has been subjected to harsh criticism from United supporters and has called for better treatment of Maguire.

“I heard [the boos] as well,” Van de Beek said after the match.

“I don’t really know what happened.

“Today, Harry was playing really well. He was aggressive, got so many balls – that means he has a big personality.

“He has a lot of experience. That’s positive, his performance today.”