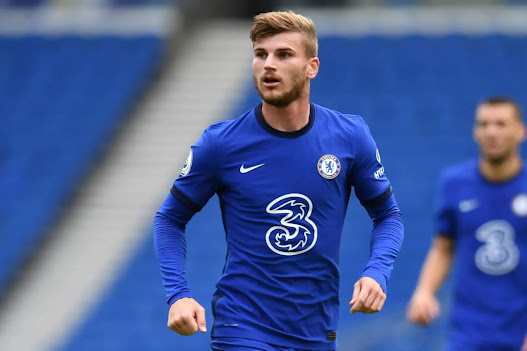 Ballack said the German striker has to ‘flip the switch as he is a ‘nice guy’ and ‘too well-behaved’.

Werner joined Chelsea from RB Leipzig in 2020 boasting a stellar goalscoring record in the Bundesliga,

The 26-year-old has, however, struggled to find form for the Blues, scoring 10 goals in 56 Premier League games.

Ballack advised Werner to work on building his mental strength back up in order to improve his situation.

“Timo has been a lot better than what he is at the moment in terms of personality and character,” Ballack said at a media event in Munich.

“But he hasn’t managed to establish himself. It is important for him to take on board what is expected of him.

“He now needs to build up his mental strength once again. He strikes me as a nice guy, but he has to try to flip the switch so he can believe in himself once more.

“He has what it takes, but to my mind, he lacks that ‘elbow mindset’.

“To my mind, he is too well-behaved, and he resigns himself to his fate.

“If that does not change, he will continue to have a difficult time.”