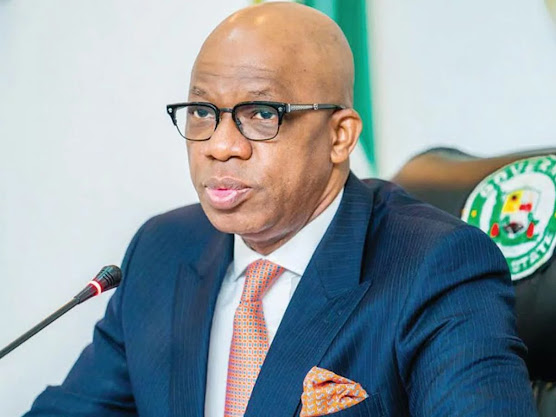 Saga Gist recalls that the people of Sango-Ota in Ado-Odo/Ota Local Government have been crying out to the government over the poor state of the road.

In January, President Buhari was in Ogun State, where he promised to fix the said road.

However, residents of the area and road users said nothing much has been done to rehabilitate the road.

Many have called on Governor Abiodun to take over the road if the Federal Government fails to do the needful.

Inspecting the road on Saturday, Abiodun charged the Federal Government to hasten up the repair of the road within the next two weeks.

According to his Senior Special Assistant on New Media, Emmanuel Ojo, the governor vowed to take over the road if the Federal Government fails to take actions.

“(He) declares state of emergency on road, gives FG 2-week ultimatum to fix road, else State Government will take over and reconstruct deplorable road,” Ojo told our correspondent.