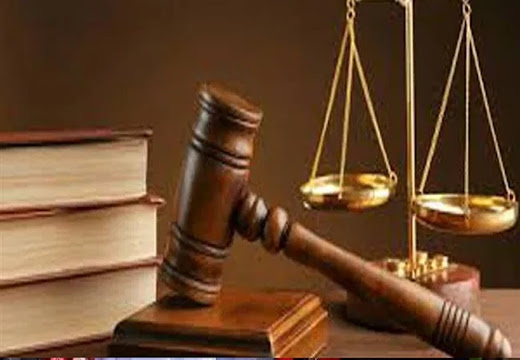 The charge alleged that the defendants had individually and jointly conspired between 14th-16th of April 2017 at Igbara Odo Ekiti in Ekiti South West Local Government Area of Ekiti State, within the jurisdiction of the court to murder one Police Corporal Oyedeji Tunde, Ayilumo Ojo, attempted to murder Oba Edward Jayeola, ( The Arajaka of Igbara-Odo Ekiti) assault, Sergeant Sulyman Kehinde, conduct themselves in a riotous manner, found in their possession of AK47 Riffle and did destroy a Toyota Jeep, Toyota Camry and Palace of Oba Edward Jaiyeola.

In his statement, a Police officer who volunteered his statement said, I and some officers were in Igbara Odo Ekiti to unravel civil unrest in the town, around 2:00 am, we acted on a tip-off that an AK47 rifle earlier seized from a Police officer by some errant youths was in the possession of the defendants when they were arrested, they took us to where the rifle was kept with its empty magazine, the defendants were taken to the station while the rifle was handed over to the Divisional Police Officer covering the area.

To prove his case, the prosecutor, Barrister Dolapo Oyewole called three witnesses and tendered cutlass, AK47 rifle, pictures of the destroyed properties, photographs of a deceased person, and an empty magazine among others as exhibits.

The defendants spoke through their respective counsels, Christopher Omokhafe and Adefolaju Ayobioloja in their own defence, they denied having a hand or knowing anything about all allegations and charges preferred against them, they, however, called nine witnesses to prove their innocence.

In his judgment, Justice Lekan Ogunmoye said, ”there was, therefore, no believable evidence before the court that the defendants met together before, during and after the incident, that they agreed to commit the offence of murder, that they knew each other, that they knew anything about the riot which resulted in the death of Corporal Oyedeji Tunde and Ayilumo Ojo, that they at any time agreed or planned to kill a human being as alleged by the prosecutor.

”In all, the prosecution had failed to prove its case beyond reasonable doubt against the defendants in any of the counts, thus, implying that the sole issue for determination must be resolved in their favour.

”The defendants are hereby discharged and acquitted, the judge ruled.