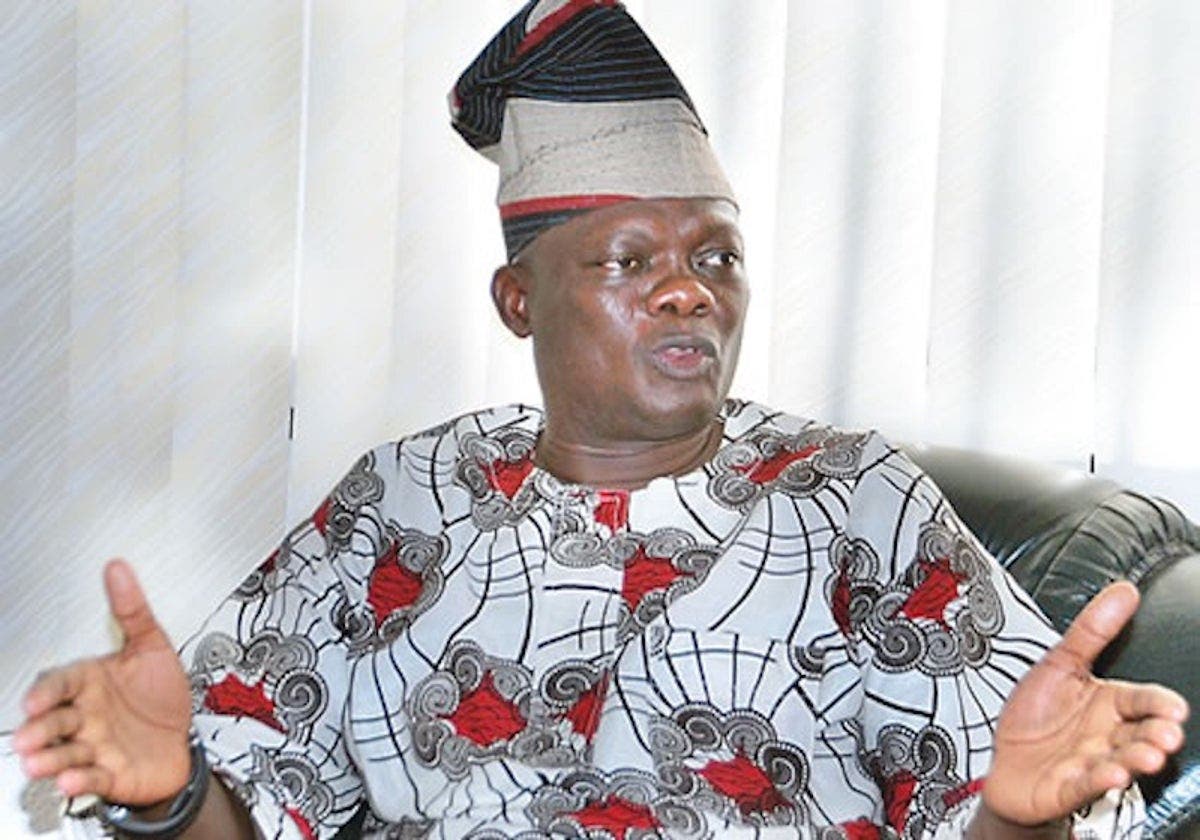 Gubernatorial candidate of All Progressives Congress (APC) in Oyo State, Senator Teslim Kolawole Folarin, has described the impeachment of the Deputy Governor of the state, Engineer Rauf Aderemi Olaniyan as illegal.

Folarin, who represents Oyo Central Senatorial District also said that the removal showed lack of respect for the rule of law.

The APC candidate made this disclosure on Monday.

The former senate leader made this disclosure while reacting to the removal of the deputy governor by the members of the state House of Assembly.

Saga Gist recalls that Olaniyan was on Monday removed by the state House of Assembly dominated by members of Peoples Democratic Party (PDP).

The removal of the former deputy governor is coming few weeks after he dumped the PDP and joined the APC.

The state House of Assembly has also approved the nomination of Barrister Bayo Lawal as the new deputy governor of the state.

Lawal has been sworn in as the deputy governor.

Saga Gist reports that both Olaniyan and Lawal are from Oke Ogun geo-political zone of the state.

While Olaniyan hailed from Igboho, Lawal is a native of Kishi in the same Oyo North senatorial district.

Folarin, in his reaction, described the removal of Olaniyan as illegal.

Folarin, in a statement on Monday evening said that the committee set up by the Chief Judge of the state to investigate the deputy governor also lacks integrity.

He added that the impeachment does not stop the court of appeal and by extension the Supreme to do their job in days to come.

He said, “Folarin described the impeachment of the Deputy Governor of the state, Rauf Olaniyan as illegal and lack of respect for the rule of law.

“Folarin, who advised the Oyo State Assembly’s legislators to remember that posterity would judge whatever they do today, said the process, which they follow in removing the deputy governor contradicts the tenets of the constitution”.