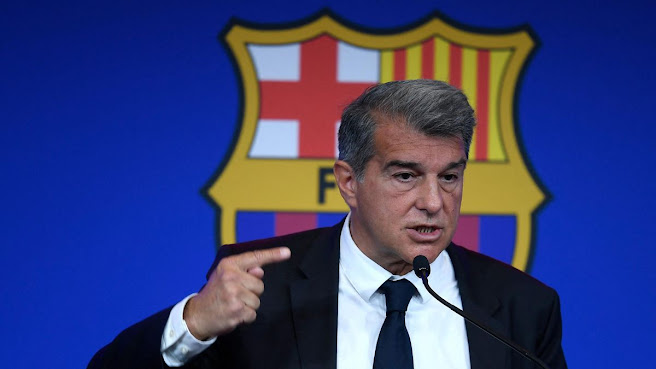 Barcelona president, Joan Laporta, has revealed the three things manager, Xavi, wants to implement at the club following the arrival of Robert Lewandowski.

Laporta said Xavi wants to implement pressure, passion and possession in the Barcelona squad ahead of the upcoming season.

He also said that Xavi’s Barcelona is like an “orchestra,” one that is gradually starting to take shape.

Recall that Barcelona recently officially confirmed the signing of Lewandowski from Bayern Munich.

The Catalan club had already signed the likes of Franck Kessie, Andreas Christensen and Raphinha while also extending the contract of Ousmane Dembele.

“Pressure, passion, possession. That is what Xavi is trying to implement at Barça,” Laporta told TUDN (via Barca Universal).

“With the young players and the experienced ones, look at this team starting to take shape.

“Everything has to be synchronized and coordinated. It’s an orchestra with Xavi directing.”