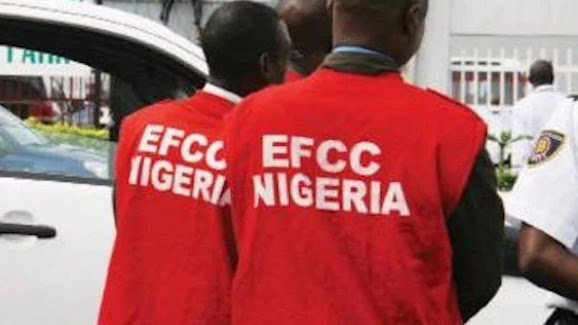 For the third time, the Economic and Financial Crimes Commission (EFCC) insisted at a Federal High Court in Abuja that the six different statements implicating a former Attorney General of the Federation (AGF), Mohammed Bello Adoke in alleged $4 million money laundering charges were voluntarily made.

Adoke, a Senior Advocate of Nigeria, SAN, is standing trial on 14-count criminal charges brought against him by the Federal Government.

The anti-graft agency handling the prosecution has been having challenges in tendering the statements as exhibits following the allegations of the maker that they were made under duress.

Billionaire oil magnate, Abubakar Aliyu, who is the Chief Executive of AA Oil and Gas Company made the statements that deeply indicted ex-AGF in the Malabu Oil scam.

At Wednesday proceedings, an operative of the EFCC, Ibrahim Ahmed, in his second testimony insisted that Abubakar Aliyu made the statements voluntarily at different dates at the Abuja office.

He described as an afterthought, the denials that the statements were made due to inducement and duress and prayed the court to admit the statements as exhibits against Adoke.

EFCC counsel, Ofem Uket, for the third time, had sought to tender the documents during trial within trial proceedings ordered by Justice Inyang Eden Ekwo to decide the genuineness of the claims and allegations of the oil magnate on the statements.

As witnessed in the previous proceedings, all senior lawyers led by Chief Wole Olanipekun engaged by the oil magnate and Adoke vehemently objected to the admission of the statements.

In the drama that followed the objection, the EFCC counsel sought an adjustment to enable him to put his house in order.

The defendants’ lawyers did not object to the adjustment.

Justice Ekwo subsequently fixed October 24, 25, and 26 for the continuation of the trial.

The anti-graft agency is prosecuting the erstwhile AGF alongside an oil mogul, Mr Aliyu Abubakar, on a 14-count charge.

In the charge, EFCC alleged that Adoke had sometime in August 2013, in Abuja, accepted a cash payment of the dollar equivalent of N300 million from Aliyu, and thereby committed an offence punishable under Section 16 (2)(b) of the Money Laundering Prohibition Act 2011 (as amended).

Whereas Abubakar was also accused of accepting cash payment of the sum of $4 million from Faman Holdings Limited, through one Abdulhakeem Uthman Mustapha, in September 2013, the prosecution, told the court that Adoke made structured cash payment in tranches into his Unity Bank Plc Account No. 0020153263.

The prosecution maintained that the former AGF made cash payments that exceeded the approved threshold amounts, outside a financial institution.