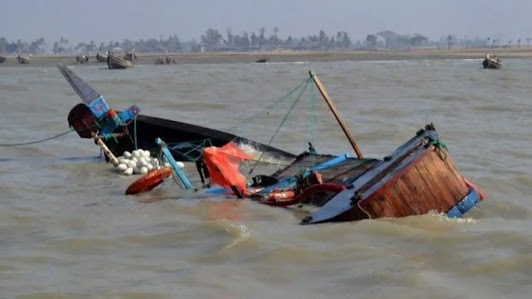 A man reportedly lost his life in a boat mishap in Shiroro Local Government Area of Niger State on Saturday morning.

It was learnt that the boat mishap occurred when the passengers were heading to the popular Kwata Saturday Market.

The wooden boat capsized as a result of overloading.

The boat was said to be conveying women, children, goods, including animals, fish, rices, maize among others to the market.

When contacted, the sarkin ruwa (in charge of rescue) at Zumba, Mr. Umar Musa said that a total of 50 persons were in the boat when it capsized yesterday morning.

According to him, only person lost his life, while 49 others were rescued by divers, adding that all the goods being conveyed to the market were lost in the mishap.

“Today, I can confirm to you that only one person, a male died and 49 persons were rescued,” he said.

Inga stated that one corpse was recovered from the river, while all the other passengers were rescued.