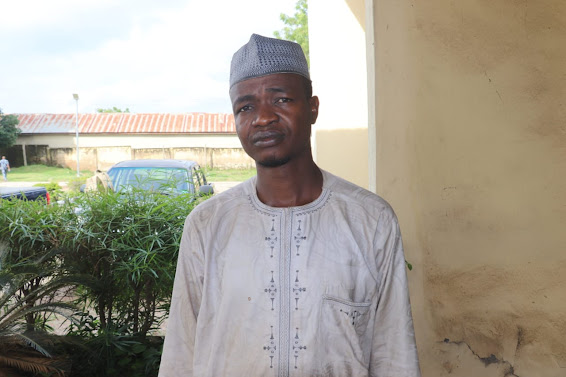 He is allegedly behind the killing of his younger brother, one Alh. Mamuda Abdullahi, aged 35 years.

Alh. Bashiru, aged 40, was suspected to have killed his younger brother of the same address in March 2022.

While parading the suspect, the State Police Public Relations Officer, PRO, DSP Wasiu Abiodun said the suspect was arrested at Kontagora, Kontagora Local Government Area on the 14th of July based on credible information in Minna.

He said he was arrested when he was planning and making effort to recruit armed men needed to perpetrate his usual kidnapping escapades.

According to him, during interrogation, “Bashiru confessed that he planned to kidnap a former Local Government Council Chairman of Mariga and the father of a former Commissioner in the State who owed him about N1.3m from a business transaction between them, while he was expecting to get fifteen million naira ransom from the plan.”

Abiodun also revealed that, “sometimes in the month of March, 2022, the said Alh. Bashiru was suspected to have murdered his younger brother one Alh. Mamuda Abdullahi aged 35yrs from Bangi and when he was interrogated, he confessed to the act that he contributed money with his brother to the tune of seventy-nine million naira for a business purpose.

“But he suspected that his brother swindled him and he hit him with a stick on the head which resulted to his death. However, he told the family members that his brother was attacked and killed by bandits at Beri”.

“Meanwhile, the case is under investigation with a view to unraveling other criminal acts of the suspect, as well as unveiling and arresting other suspected members of his gang,” he added.