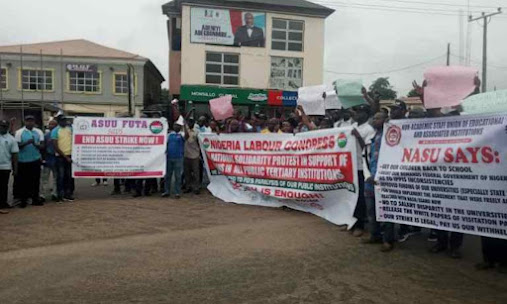 Following the prolonged strike by members of the Academic Staff Union of Universities, ASUU, the Nigerian Labour Congress, NLC, Ondo State chapter joined their counterparts across the country in solidarity with ASUU over the five months old strike.

The NLC scheduled for two days is aimed at seeking an end to the lingering ASUU strike. 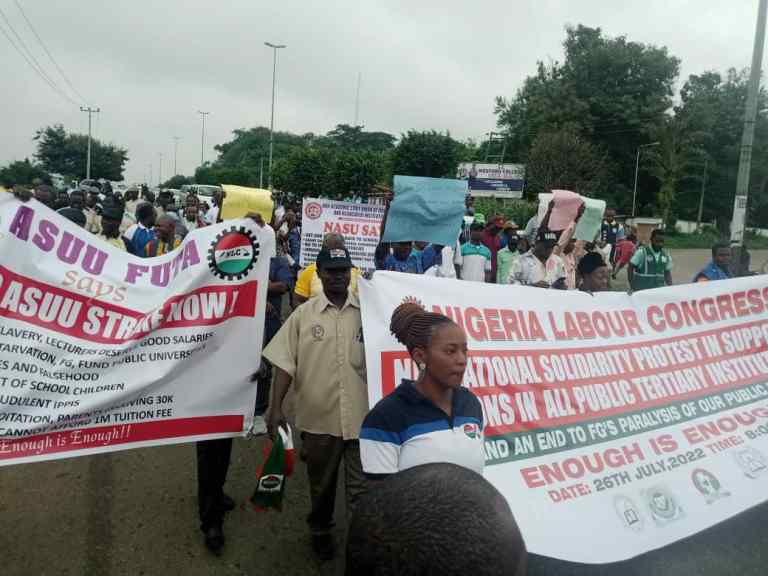 The workers who turned out in their numbers include members of ASUU and other trade unions.

Decked in branded shirts, they converged at the Cenotaph, Alagbaka, Akure the State capital as early as 8:00 am on Tuesday where they took off to some popular locations within the metropolis.

The workers chanted solidarity songs as they marched through the popular Oba Adesida Road.

They displayed placards and banners with the inscriptions, “Enough is Enough” “End ASUU Strike Now” among others. 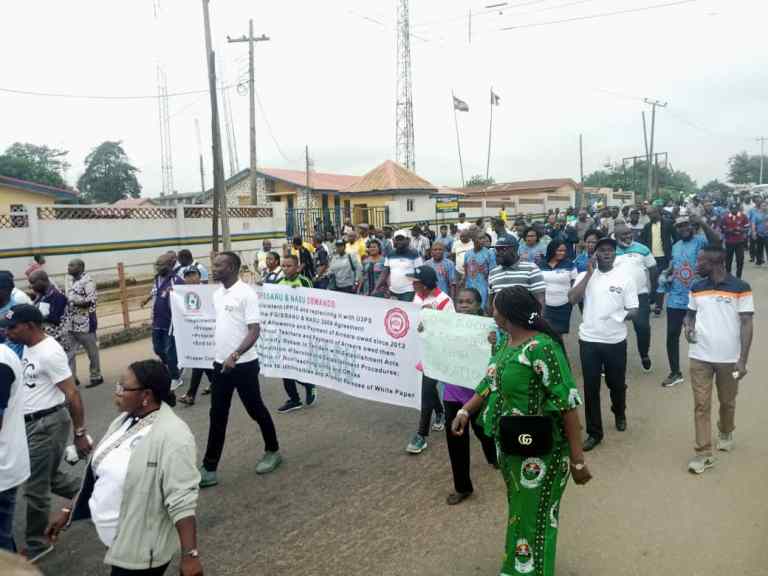 Addressing the protesters, NLC Chairman in the state, Sunday Adeleye, lamented the lingering strike which he noted had crippled tertiary education in the country.

He appealed to the federal government to accede to the demands of university lecturers to allow students return to their classrooms.

Adeleye reaffirmed NLC’s commitment to promoting good government, which he said would safeguard Nigerians’ future, particularly those of workers and students.