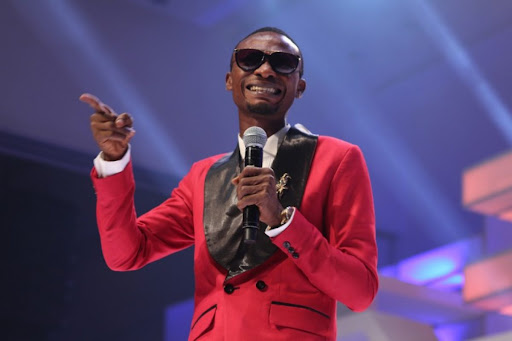 Francis Agoda, a Nigerian comedian popularly known as I Go Dye, has said that the victory of Senator Ademola Adeleke at the Osun State governorship election is a warning to non-performing governors in the country.

The 43-year-old comedian, in a post on his Instagram page, said President Muhammadu Buhari will not join hands to rig the election hence proof that there’s power in the Permanent Voter Cards (PVCs) and votes will surely count.

“The power of PVC. Buhari that I know will not join governors, politicians, or groups to rig any election, he’ll not hand over Nigeria to anyone that will destroy it more than this because the votes will surely count so he will join forces with Nigerians to retire all the wicked politicians without benefits, those who have failed their people,” he wrote.

He also warned Adeleke to perform all his duties unless he’ll be removed just like Gboyega Oyetola.

According to him, the Osun election result is a lesson to governors and Nigerian leaders.

“If you like eat all the allocations, continue to do small roads, be signing MOUs that don’t reflect in your state, don’t pay salaries and pensions as if the money belongs to you; by the end of a four-year tenure, the people shall vote you out because truly, power belongs to the people. This isn’t a party victory, but rather it clearly demonstrates our vote is counting,” he added.

He commended the residents of Osun State for liberating themselves and sending a strong message to other people.