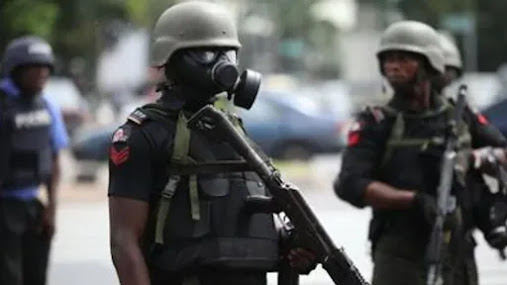 The Police Command in Kaduna State says its operatives foiled a kidnap attempt and rescued eight victims in Udawa/Buruku villages on Kaduna-Birnin Gwari road on Thursday.

The Command Spokesperson, DSP Mohammed Jalige, confirmed this in a statement on Saturday in Kaduna State.

Commissioner of Police (CP), Mr Yekini Ayoku, on rigorous patrols of all highways within the Command.

According to him, on July 21 at about 15.30hrs, the operatives intercepted an unspecified number of bandits on a heinous mission between Udawa/Buruku villages along Kaduna-Birnin Gwari road.

He explained that the bandits forcefully stopped three commercial vehicles, whisked away the occupants and headed to the forest.

“The resilient operatives on sighting the gang of criminals, immediately engaged and gave them a fierce chase amidst exchange of fire.

“The operatives’ courage and precision foiled the kidnap as the bandits fled into the forest with varying degrees of bullet wounds, eight victims were successfully rescued.

“Three of the victims are from Birnin Gwari while four are from Udawa village in Chikun Local Government Area of Kaduna State.

“However, the eighth victim, one from Mando area in Igabi LGA sustained injury and was rushed to hospital for medical attention,” he said.

He added that the rescued victims were moved to Buruku Police Station where they were profiled, documented and escorted to their destination as concerted efforts were made to ensure sanity on the road.

“The Commissioner of Police appreciated the sacrifice of the gallant men and tasked them not to relent in their commitment to restoring public confidence and safety on our highways always,“ Jalige said.