Presidency: Atiku a pathological liar, asked me to be his running mate – Tinubu 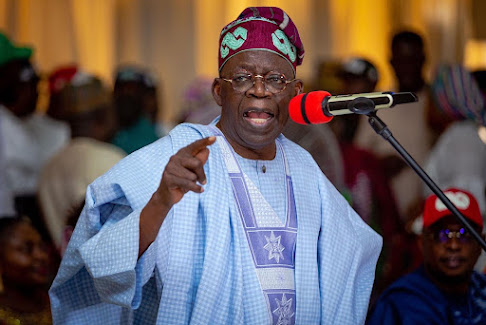 Bola Tinubu, the All Progressives Congress, APC, presidential candidate, has accused his counterpart from the Peoples Democratic Party, PDP, Atiku Abubakar of lying over his comment on Muslim-Muslim ticket.

Tinubu said Atiku asked him to be his running mate in 2007 but he refused.

Recall that Atiku had accused Tinubu of being a lover of the Muslim-Muslim presidential ticket.

Atiku, who was the Action Congress, AC, presidential candidate in 2007, had said Tinubu wanted to be his running mate then.

The former Vice President said his refusal and insistence on a Southern Christian led to a breakdown in his relationship with Tinubu.

Reacting, the APC presidential candidate accused Atiku of being a “pathological” liar.

In a statement by Tunde Rahman, his media aide, the APC candidate said: “ Atiku may want to be president. However, all he has shown is that he is a pathological liar.

“Let me say openly that Atiku offered me the vice presidential ticket in 2007. Let me also say that my religion has not changed. When he offered the position to me, I was a Muslim and I believe he was aware of my religious faith at the time.

“Atiku’s calculations and deceit had nothing to do with religion or his sensitivity to it. His conduct has everything to do with what we discovered about his paucity of character and love of intrigue.”