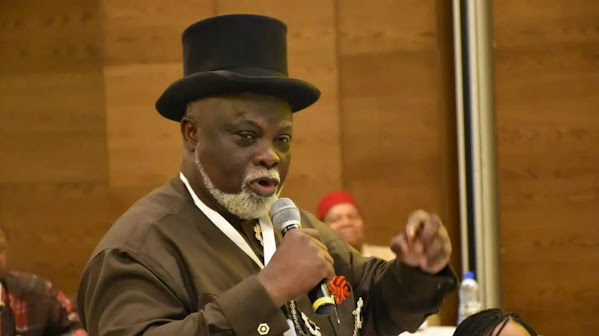 He specifically said Wike was concentrating development projects only in Obio/Akpor, his hometown.

The PANDEF chieftain, who made this allegation while briefing newsmen in PortHarcourt, wondered why Wike was protecting the 2023 Governorship candidate of the Peoples Democratic Party, PDP, Siminialayi Fubara from arrest by the operatives of the Economic and Financial Crimes Commission, EFCC.

“Let the governor tell us why he cannot cross a bridge from Tombia to Ogbakiri if he can build 12 flyovers in Obio-Akpor alone. These are simple things we are asking. Let the House of Assembly hold him accountable otherwise, we will talk.

“Why is he protecting the State governorship candidate, Mr. Siminialayi Fubara from being investigated by the EFCC? Is it that it is governor Wike that took the alleged money he is being accused of or what?”

But in his response, the Governor’s Chief of Staff, Emeka Woke berated Sara-Igbe for making unsubstantiated claims intended to deceive Rivers people that Governor Nyesom Wike’s administration had not executed any project in the State.

He said, “We are not playing politics, but we will not allow the buccaneers and 419 people to deceive Rivers people. Time has come again, those who have disappeared in the last four years are beginning to reappear again. We will not give them that space.

“He has come again, deceiving Rivers people and saying that the present administration has not done any project, even though he contradicted himself by acknowledging that he saw bridges. No projects, but there are bridges”.