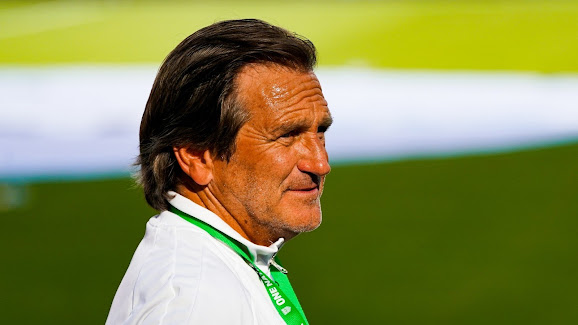 Super Falcons head coach, Randy Waldrum, says his team will be fully prepared for their quarter-final fixture against Cameroon at the 2022 Africa Women’s Cup of Nations.

The title holders zoomed into the quarter-finals on Sunday night after thrashing the Swallows of Burundi 4-0 in their final Group C game.

The Super Falcons will battle the Indomitable Lionesses for a place in the last four at the Stade Mohamed V, Casablanca on Thursday night.

Waldrum, who is expecting a tough test from the Cameroonians, stated that he is looking forward to the game.

“We understand the history between Nigeria and Cameroon. It will be a difficult game and we are looking forward to the game,” the American tactician told a press conference after the win against Burundi.

“Changing of venue won’t be any factor, the pitch will be fantastic and the players are also looking forward to the game.”