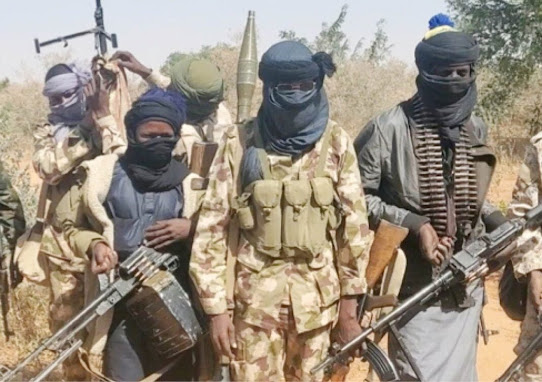 According to the report, the hoodlums stormed the community around 2:30 am Monday morning and operated for close to four hours unhindered before they departed around 6:15 am.

The attack is the first on the community which is said to be the second biggest town in Talata Marafa Local Government Area, Mansur Zailani, a member of the community said.

“They used to attack neighbouring villages around us but for the first time, they attacked our village and we saw hell in their hands yesterday. They subdued the vigilante members from our community with their sophisticated weapons,” Mansur lamented.

Mansur further noted that the assailants killed four members of the community, comprising a boy, the town’s Chief Butcher (Sarkin Fawa), and one Sani Na’Ayi and Yahaya Mohammed, a businessman.

According to the report, among the 30 persons abducted are the wife, sister-in-law, and uncle of the slain businessman, Mohammed.

It was also gathered from the locals that the bulk of the abductees were women.

“When the bandits entered our area, Yahaya was the first to attempt to escape. But unfortunately, he was found hiding behind a food silo by one of the bandits who eventually shot and killed him.

“In our house alone, four women and two of my younger brothers were taken. My elder sister was also abducted but when she got tired, they (bandits) left her behind. It was some vigilante members that saw her and brought her back,” a resident who craved anonymity said.

Of the over 30 persons abducted in the attack, some of them later found their way back. However, 30 persons are yet to be accounted for.

While the sole administrator of Talata Marafa Local Government Area, Dahiru Mai Yàrá, could not be reached for comment, one of his aides, who did not wish to be named, confirmed the report, noting that they had already paid a condolence visit to the District Head and affected families.

The Zamfara State Police Command is yet to confirm the report.