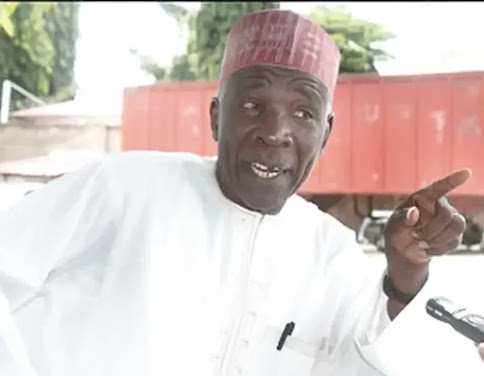 Following the spate of terrorists’ attacks across the country, particularly in the nation’s capital, Abuja, Buba Galadima, a former ally of President Muhammadu Buhari, has said the the number one citizen of the country may soon be kidnapped

Galadima stated this in an interview with BBC Hausa service while reacting to the deteriorating security crisis in the Federal Capital Territory.

Saga Gist reports that sequel to the recent attack on Kuje prison by suspected members of Boko Haram insurgents, there have been several terrorists’ attacks in the FCT.

No fewer than 8 soldiers were reportedly killed, while scores were injured on Monday during an attack in Bwari Area Council.

According to Galadima, the only option that remains for Nigerians is to be armed for self defence.

He said, “If care is not taken, sooner or later, Buhari too can be kidnapped considering the way security issues are ignored.

“The only option available now is to either continue praying or arm ourselves for protection, but if we depend on this government, definitely we will be killed.”