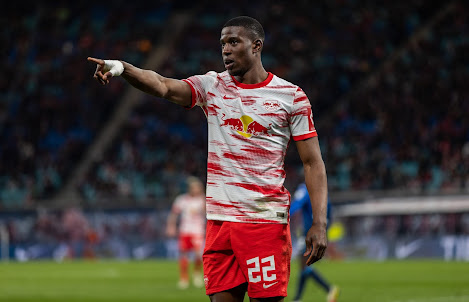 The Blues have felt the pain of being beaten to the punch on a couple of occasions this summer.

But now, the Stamford Bridge club are planning to do just that to PSG.

According to Foot Mercato’s Santi Aouna, Chelsea has launched an eleventh-hour bid for Mukiele.

The west London club are prepared to offer Timo Werner, a former Leipzig favourite, as part of the deal for the defender.

Mukiele had looked destined for PSG after a £13 million deal had been agreed with the Bundesliga club.

Despite the competition, the French Ligue 1 champions are said to remain confident that the 24-year-old centre-back will join them this week