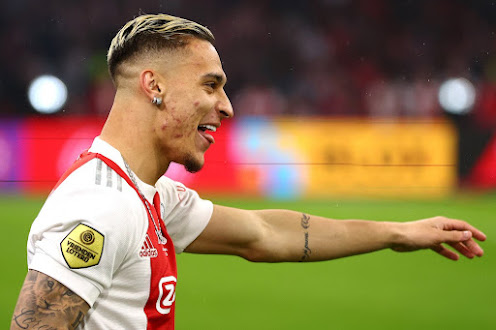 Manchester United will make one last attempt to sign Ajax winger, Antony, according to GOAL.

The Premier League giants have so far been frustrated in their pursuit of the 22-year-old, despite Ajax selling many of their other assets this summer.

However, Ajax has held firm on the Brazilian star, dismissing Man United’s initial bid of around £40 million.

It is understood the Dutch giants are asking an eye-watering £70 million for Antony but could do business if the Red Devils meet them halfway on their respective valuations.

Ten Hag is keen to bring his former player to Old Trafford this summer.