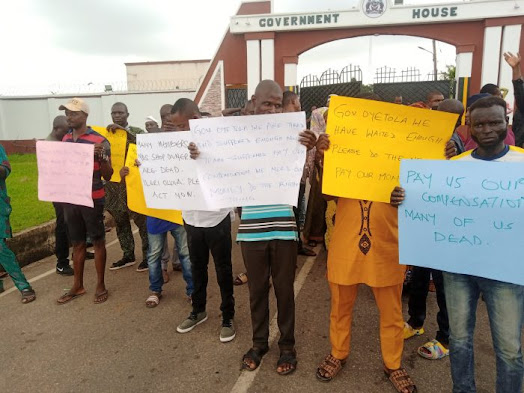 Business owners, traders and landlords in Osogbo, on Monday, staged a protest at the Osun State Government House, Oke-Fia.

It was gathered that the protest was to press home their demands over the non-payment of their compensation by the State Government.

The protesters, who were mainly from the MDS, Olaiya and Fakunle axis of Osogbo metropolis, were seen carrying placards with varying inscriptions including, “Gov. Oyetola, We Waited Enough, Please Do The Needful, Pay Us Our Compensation,” “Pay Our Compensation, Many of Us Are Dead.” 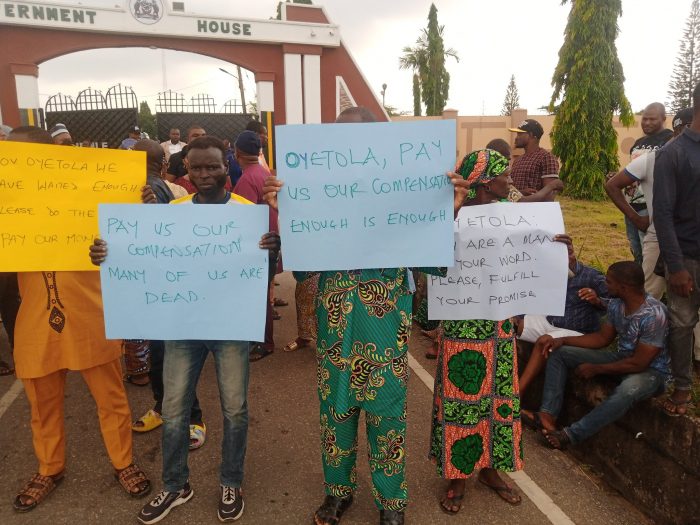 They recounted their experiences, stating that their building and shops were demolished in 2013 by the State government.

They held that since Governor Adegboyega Oyetola was the Chief of Staff to Governor Rauf Aregbesola at the time, he was complicit in the demolition and should understand their plight.

The protesters accused Governor Oyetola of taking them for granted despite their support for him.