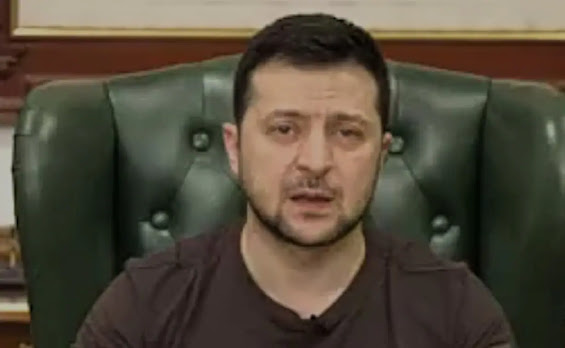 Ukrainian President Volodymyr Zelensky has said he had spoken with Canadian Prime Minister Justin Trudeau on Sunday to urge Ottawa to strictly adhere to international sanctions on Russia.

“Spoke to @JustinTrudeau. Thanked him for the continued powerful defence support. Reiterated that the international position on sanctions must be principled,” Zelensky tweeted.

“After the terrorist attacks in Vinnytsia, Mykolaiv, Chasiv Yar, etc, the pressure must be increased, not decreased.”

Recall that Canada is one of Ukraine’s biggest international supporters, but Ottawa’s recent decision at Germany’s request to return a Russian turbine for the Nord Stream 1 gas pipeline.

The Nord Stream 1 gas pipeline that has been under repair in Canada has drawn criticism from Zelensky.

Trudeau’s office said the two leaders talked about the importance of maintaining strong unity amongst allies and continuing to impose severe costs on Russia.

Due to sanctions imposed as a result of the Ukraine war, Canada initially refused to return the turbine to Russia, later deciding to hand it over to Germany instead.

Russian energy firm Gazprom has drastically cut gas deliveries to Germany through Nord Stream 1 since June, blaming the missing turbine for the drop-off in supplies.

Gas supplies through Nord Stream 1 stopped entirely last week due to scheduled maintenance work that was due to last until July 21.

However, some European leaders had expressed fears that Gazprom could simply decide not to resume gas deliveries afterwards in an attempt to punish German consumers and businesses.

Russia and Ukraine have been fighting for over four months and several casualties have already been recorded as a result of the war.