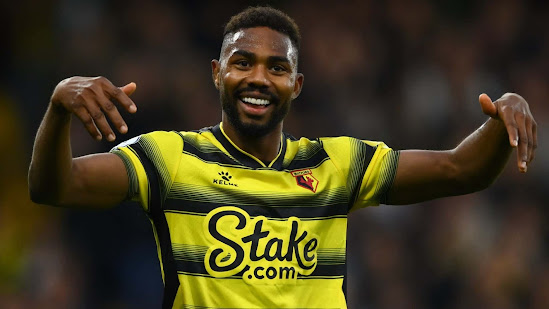 Watford manager, Rob Edwards has confirmed that Emmanuel Dennis will feature in the club’s opening game of the new season against Sheffield United at the Vicarage Road on Monday despite the uncertainty surrounding his future.

Dennis alongside Senegal international, Ismaila Sarr has been linked with a move away from the Hornets following the club’s relegation from the Premier League last season.

No club have been able to come up with a suitable offer for Dennis and Edwards has said he will continue to count on the player.

“They are (Emmanuel Dennis and Ismaila Sarr) both very good players who have been working hard, and while they’re at the club of course we’re going to use them because they can help us. Why won’t use them, “Edwards was quoted by the Watford Observer.

“We’re ready for it if they do move on, we’ve done our due diligence. If and when we need to recruit we’re ready and we will. Until then, I’ll have them to select.”