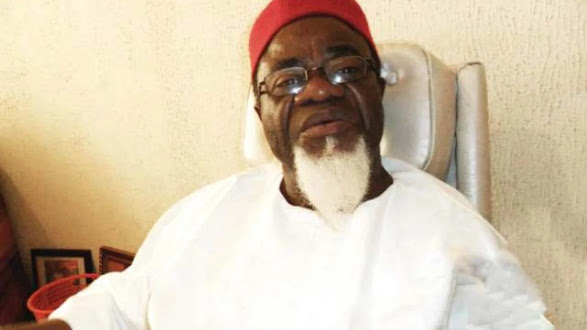 A chieftain of the All Progressives Congress, APC, Eze Chukwuemeka Eze, has said that the choice of Delta State Governor, Ifeanyi Okowa, as running mate to the Peoples Democratic Party, PDP, presidential candidate, Atiku Abubakar, is keeping the ruling party on its toes ahead of the 2023 elections.

Eze, in a statement he personally signed on Friday, said the reverse would have been the case had Atiku picked Governor Nyesom Wike of Rivers State, as his running mate.

He expressed appreciation to both the leadership of the PDP and Atiku for rejecting the outcome of the PDP vice-presidential selection committee, which was believed to be heavily induced financially by Wike.

Eze said, “The fact remains that Gov. Nyesom Wike, after working with him for some years, is a workaholic, a political strategist of a high class, mobiliser of note but recommending him to Atiku isn’t only a great disservice to him but to the PDP as a party knowing very well that Wike does not have anything to offer administratively.

“The fact remains that with the emergence of Atiku and Okowa as his Vice, those of us in the APC are put on edge to seat up and avoid a calamitous electoral outing in 2023. Since Atiku made his choice, I have been put under serious pressure knowing very well that Okowa, both as an Igbo man and a great and respected leader in the South-South, may actually trouble us in the APC and that is why we must be in our best strategies to be able to defeat the PDP.”

Saga Gist recalls that the PDP has been engulfed in crisis since Atiku picked Okowa as his running mate.

Just this Wednesday, Governor Samuel Ortom of Benue State called on Atiku to reach out and appease Wike, who came second during the PDP’s presidential primary.

Similarly, a former Governor of Ekiti State, Ayodele Fayose, also called for a Southern Presidency in 2023.

Fayose declared that the Southern part of the country must produce Nigeria’s presidency in 2023.