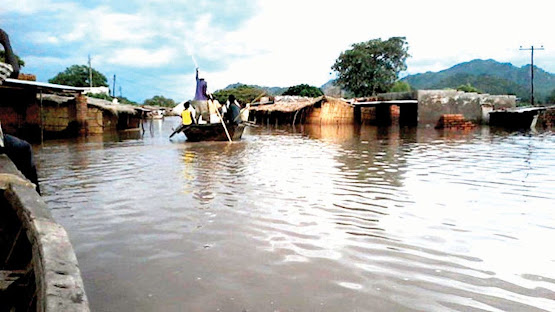 The heavy floods since the start of the year have claimed the lives of 115 Nigerians.

More than 73,370 people have been displaced and 277 injured, the presidency confirmed on Tuesday.

A statement said President Muhammadu Buhari is receiving regular updates on the situation which has affected over 500,000 Nigerians.

His spokesman Garba Shehu promised that the federal government will continue to provide assistance to individuals and communities hit by the disaster.

Buhari was quoted urging public-spirited individuals and organisations to support thousands of people in need of urgent help.

The President advised states and local governments to step up their level of preparedness in handling emergencies.

The statement assured of deeper collaboration with states and affected areas through timely response and resources.

It appealed to inhabitants of flood-prone areas to always adhere to the early warning advisories by agencies involved in climate monitoring and disaster management.

The 2022 floods have left around 37,633 houses destroyed or damaged, according to latest data by government agencies.