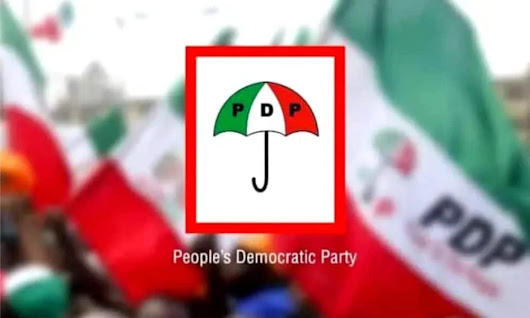 The Peoples Democratic Party (PDP) has warned the All Progressives Congress (APC) not to bother campaigning in the 2023 general elections.

PDP in a statement by its National Publicity Secretary, Debo Ologunagba, Wednesday said the APC cannot secure the statutory 25% of votes in most states of the country.

The opposition party said the crowd that attended its recent rallies in Kano and Katsina States are clear messages that Nigerians have rejected the APC ahead of the 2023 general elections.

According to the PDP, the solidarity its presidential candidate, Atiku Abubakar was shown in Kano underscores their determination to break through all barriers, vote APC out and return it to power.

It added that the mass exodus from the APC into the PDP in most states including President Muhammadu Buhari’s home State of Katsina further confirmed its position that the party has failed Nigerians.

The Publicity scribe added that PDP remains the only vehicle to rescue and rebuild the country from the misrule of the APC.

“Nigerians have seen through the lies and falsehood of the incompetent, rudderless, insensitive, divisive, bloodthirsty and terrorism-enabling APC that has brought nothing but misery, economic hardship, hatred, unprecedented disunity and bloodletting to our nation in the last seven years.

“Nigerians have seen the APC in its true identity; a Special Purpose Vehicle (SPV); a pirate ship of inchoate sailors and strange bedfellows clobbered together for remote personal gains, not for governance and the public good.

“This is more so, as the APC presidential candidate, Asiwaju Bola Ahmed Tinubu (BAT); the national leader of the failed APC government is no match to PDP Presidential Candidate, Atiku Abubakar, who has established his capacity to lead our nation out of the wood where Asiwaju and his failed APC plunged her.

“From all indications, under a credible, free, fair and transparent electoral process, the APC cannot secure the statutory 25% of votes in most States across the country”.

PDP also commended the former Governor of Kano State, Mallam Ibrahim Shekarau and other well-meaning Nigerians for their patriotism in rallying on its platform to rescue and rebuild Nigeria.