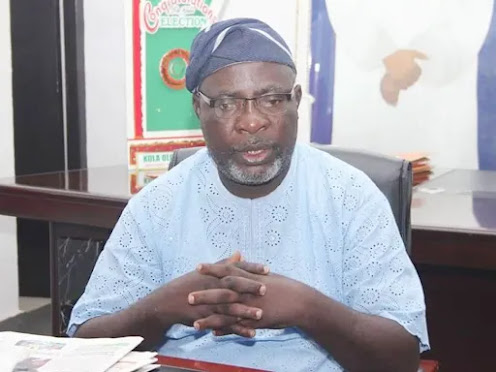 Masari had told BBC Hausa Service on Wednesday that Wike and some governors of the opposition party would work for Tinubu‘s emergence as president in 2023.

However, Ologbondiyan has now dismissed Masari’s statement, saying that there was no truth in his claim.

According to him, the PDP governors have seen the failure of the APC and won’t vote for the ruling party next year.

“The assertion by Asiwaju Bola Tinubu’s placeholder, Ibrahim Masari, that PDP governors will vote for the All Progressives Congress candidate, Asiwaju Bola Tinubu, is lame. It is an assertion that is not predicated on fact and as such, it cannot be taken seriously by Nigerians,” Ologbondiyan told Channels Television on Friday.

“The PDP governors have no reason and have no basis to go and vote for the candidate of the All Progressives Congress in view of the fact that Nigerians have already distanced themselves from the processes of the All Progressives Congress and Nigerians, upon whom the APC has become a burden in the last seven years, are looking for every way and means to reject them at the poll.

“So, it does not add that those governors of PDP who have seen the failure of the All Progressives Congress will vote for the APC. It doesn’t add up. Members of the PDP have dismissed the assertion (by Masari) because there is no truth in it; it is lame,” he added.