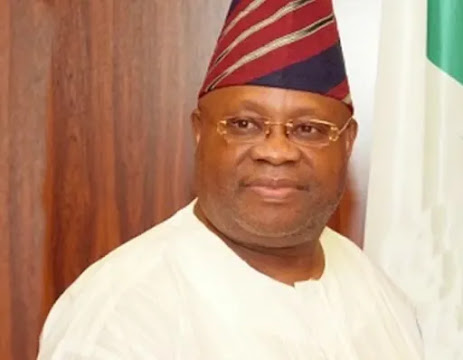 Human rights lawyer, Pelumi Olajengbesi, has lauded the creation of a special youth advisory committee to push the aspirations and agenda of young people forward in Osun State.

The Osun State Governor-Elect, Ademola Adeleke, had inaugurated a special youth advisory committee to see to issues of transition processes.

Olajengbesi, a former Peoples Democratic Party candidate for Oriade Constituency in the Osun State House Assembly, said Adeleke has shown readiness to take over from the incumbent governor, Gboyega Oyetola, and won’t be distracted by the All Progressives Congress shenanigans and politically motivated and empty tribunal petitions.

Recall that Adeleke defeated the incumbent on 16 July 2022 during the Osun State Governorship Election. The PDP candidate won his closest challenger, Oyetola, and 13 other candidates, scored a total of 403, 371 and won 17 local government areas, whilst the APC candidate got 375,027 votes and won in 13 Local Government Areas of the state to come second in the election.

Following the declaration by the Independent National Electoral Commission that Adeleke won the election, Oyetola asked the Election Petition Tribunal in Osogbo to nullify the election citing irregularities that do not exist.

The Tribunal recently granted Oyetola’s application to serve Adeleke notice of the petition through substituted means, but Olajengbesi said Adeleke won’t be distracted but will focus on the job at hand and hit the ground running immediately later in November.

Olajengbesi said, “The Governor-Elect of Osun State, Senator Ademola Adeleke, won’t be distracted no matter the stones hurled at his train by detractors and naysayers. The PDP governor-elect remains focused with his eyes set alone on the ball.

“The inauguration of a special youth advisory committee on Thursday is a testament to the fact that Senator Adeleke has hit the ground running. As the governor said during the inauguration, the committee will address deepening unemployment, under-employment, drug abuse, thuggery and cultism, internet fraud, and a loss of hope caused by failed leadership amongst the youths.

“The governor-elect also said his administration will revive the National Youth Council, support expansion of faith-based youth organisations, upgrade the digital economy as an economic booster, and establish incubation and innovation development centres across the state.

“The fact that the committee will also bridge the gap between the young and the old is another testimony to the youth-centric commitment of Senator Adeleke whose nephew is the popular songster David Adeleke aka Davido.”