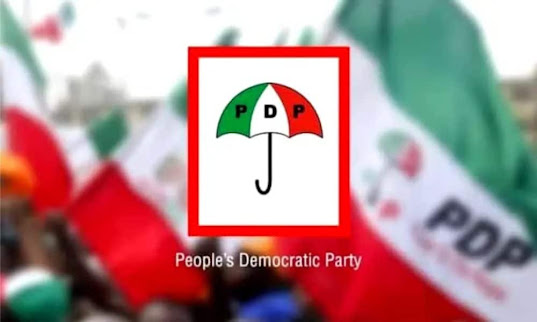 Ahead of the 2023 general elections, the main opposition Peoples Democratic Party (PDP) in Plateau State has threatened to sanction any of its members involved in anti-party activities.

The PDP also said that it was closely monitoring the activities of its members and anyone found wanting will be “sanctioned inline with our rules of engagement”.

It equally warned that the sanctions may include the possibility of being expelled.

The warning came through the party’s State Publicity Secretary, John Akans, in Jos, the State Capital.

Akans said, “It has come to the attention of the State working committee (SWC) of the Plateau State chapter of the Peoples Democratic Party (PDP) with great nostalgia the attitude of some supposed members of the party who are engaging in anti party activities.”

According to him, “They are trying hard to instill hatred, instigate innocent party faithfuls against our beloved party and develop malice against our famous/ popular candidates for the 2023 general election.

“The State Working Committee frowns at the recent behaviours/actions of some members of the party particularly some stakeholders who ideally are expected to advise, guide, exhibit maturity, loyalty and mentorship to the younger ones, but are the same people spearheading the division.”

“The Committee has also observed with disgust these same individuals and some of their followers who have resorted to vilification of leaders of our party at the state and national levels.

“It is suffice to say that these showers of toxic abuses would no longer be condoned by the party”, the Spokesman explained.

“The SWC wishes to remind such party members that such negative acts constitute anti party conduct and at the same time destroy the cohesive unity of the party and undermine the painstaking efforts by the SWC to reorganize and stabilise the party.

“Consequently, the party is monitoring closely the activities of all its members and warns that if anyone is caught engaging in anti party activities and exhibits tendencies of campaigning for candidates of other political parties other than the PDP such person or persons will be sanctioned in line with our rules of engagement”, he warned.

“At this junctùre, members are advised to note that the opening of the campaign activities for the 2023 elections are not yet due”, he admonished.

“Any member who deliberately jumps the gun to cause jeopardy to the party would face sanctions including the possibility of being expelled from the party.

“All members are advised to desist from this, and any activity that will bring the name of the party to disrepute.

The PDP further stated that, “When the time for campaign comes the party will release its schedule of activities and members will be carried along as the only responsibility we have now is to flush out the APC from the corridors of power.

“Plateau state belongs to PDP, we therefore call on Plateau citizens and Nigerians that the time has come for us to wipe away our tears”, Akans stressed.