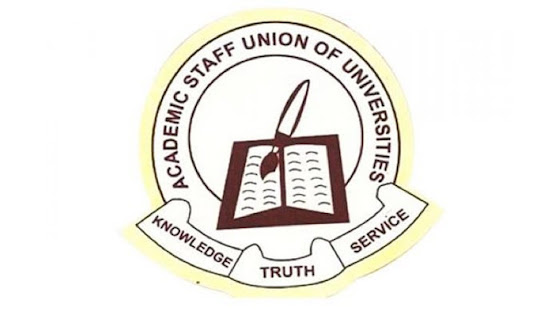 The Academic Staff Union of Universities, Imo State University, chapter on Wednesday encouraged the National Executive Council of the union to remain resolute, noting that the strike action will continue indefinitely until the government sees reasons to return to the principles of collective bargaining to resolve the outstanding issues with the union.

This was disclosed in a statement which was signed by the chairman of the branch, Odinakachukwu Ejiogu reads, “After over six months of strike action, just to get the government to sign an agreement whose renegotiation was also a product of an ASUU strike, there is nothing to show for it.

“It is worthy to note that since 2017 when the struggle for the renegotiation of the 2009 FGN/ASUU Agreement effectively started as opposed to three years after the commencement of the agreement, the Federal Government has been adopting various disruptive actions and inactions just to destabilize the ASUU instead of addressing the issues that are presented.

“For the avoidance of doubt, following numerous letters written by ASUU, contacts and open engagements in the press, culminating in a strike action demanding the Federal Government to constitute a committee to meet with ASUU to renegotiate the overdue 2009 FGN/ASUU Agreement, the Federal Government constituted the Prof. Babalakin Committee in 2017.

“Along the line, the Babalakin Committee gave way to another Federal Government appointed committee on the renegotiation of the 2009 FGN/ASUU Agreement headed by Prof. Munzali Jubril. In 2021, the Munzali Committee working with ASUU came up with recommendations in a draft agreement. ASUU was given a timeline as to how to get the government to sign the agreement but the timeline was not kept. This compelled ASUU to embark on another strike to get the Federal Government to sign the agreement.

The Chairman said, “ASUU was taken aback when on Tuesday, 16th of August, 2022, the Minister of Education, representing the Federal Government, abandoned the draft agreement that was a product of Collective Bargaining and offered the Union a “salary award.” This award is unacceptable to ASUU-IMSU.

“Consequently, ASUU-IMSU is resolute that the strike action will continue indefinitely until the government sees reasons to return to the principles of collective bargaining to resolve the outstanding issues with the union. “