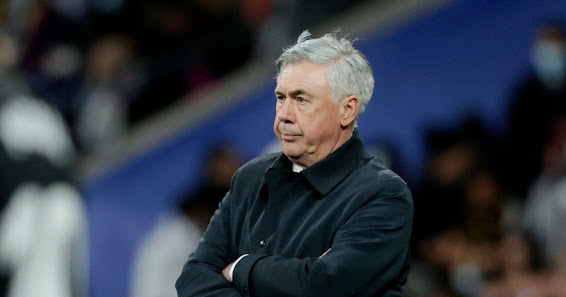 Following a 2-0 win over Frankfurt in the UEFA Super Cup on Wednesday, Ancelotti hailed Benzema as “the most efficient player in the world”

The French striker scored Madrid’s second goal in the 65th minute after David Alaba had put them ahead with a first-half header.

It was Benzema’s 324th goal for Real Madrid, taking him above club legend Raul Gonzalez into second place in their list of all-time goal scorers, behind only Cristiano Ronaldo’s 451.

“[Benzema] is a leader. If we’re here, it’s partly because of him. He scored a lot of goals.

“Now for the Ballon d’Or… Are there any doubts? I don’t think anyone has doubts about that.

“He was important to win the Champions League. He didn’t score in the final but with his goals, we played the final.

“He scored against [Manchester] City, against Chelsea, against Paris [Saint-Germain]. He’s so important for us, there’s no doubt that at this moment he’s the best,” Ancelotti told Movistar.