BBNaija: Why I can’t date you – Allysn tells Hermes 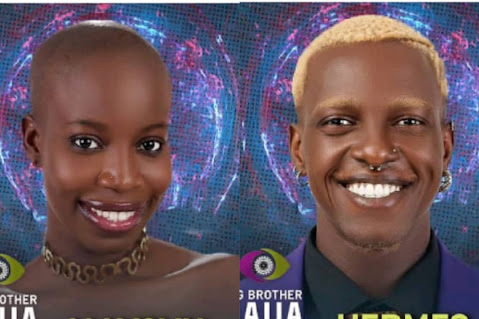 Big Brother Naija housemate, Allysn has said she cannot have a relationship with Hermes.

Allysn told Hermes when he opened up about his feelings for her on Friday night.

She said she cannot date him because he is in a polyamorous relationship.

Recall that Hermes had said he had two girlfriends.

According to him, both women are aware of each other.

Allysn said, “I am not saying that you are confused. I respect that whatever you have going on I understand it.

“I am just saying I wouldn’t want to put myself in that kind of situation. I won’t entertain any situation with you because I can’t put myself in such.”