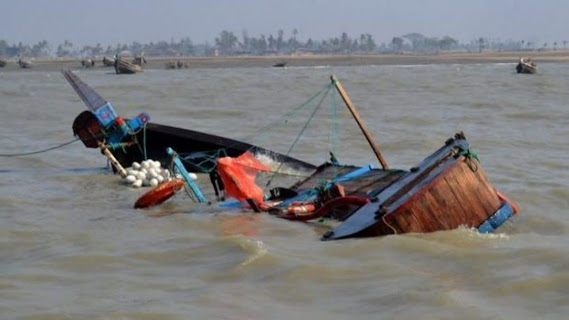 The Bayelsa State Police Command on Sunday said it has recovered the bodies of four officers who were missing after a surveillance boat conveying them was crushed by a gunboat in the state’s waterways on July 25.

The four bodies of the slain policemen were deposited at the mortuary of the Federal Medical Centre (FMC), Yenagoa.

The operations manager of Darlon Oil and Gas Limited, an oil surveillance firm, identified as Odi Lyon, who was the younger brother of a former All Progressives Congress (APC) governorship candidate in Bayelsa, David Lyon, also died in the incident.

The command had earlier explained through a statement issued by the Police Public Relations Officer (PPRO), Asinim Butswat, that the surveillance boat conveying the deceased officers capsized at Korokorosei in the Southern Ijaw Local Government Area of the state on the fateful day.

“One policeman’s body was recovered while three are still missing…The command is yet to establish the circumstances surrounding the unfortunate incident. Divers have been deployed to the area for possible rescue of the missing persons”, it said.

Speaking on the recovery of the four corpses, the Commissioner of Police, Benjamin Okolo, however, attributed the incident to the handiwork of pipeline vandals.

He said, “They (slain officers) intercepted some vandals and burnt some equipment used for vandalism. Preparing to return to base, the boat, which is a gunboat with unidentified people, most likely these vandals, ran into them with the intention to get them capsized.

“And in the process, the civil mobile policemen, who were onboard the speedboat that was taking them for the surveillance capsized and fell into the water. Three swam to safety but four couldn’t make it, including one of the personnel of Darlon Company. But finally, all the bodies have been recovered.”

Okolo said the Inspector-General of Police and the entire police family were saddened by the huge loss that resulted from the incident.

However, a source said that the gunboat that ran into the surveillance boat conveying the deceased officers and the civilian was allegedly operated by another team of policemen, who escorted a dredger.

The source, who spoke in confidence, claimed that the officers had escorted the dredger to anchor at Ogboinbiri, also in Southern Ijaw, and were returning when their gunboat allegedly crushed the surveillance boat of the victims.

However, Okolo dismissed the account of the source as “lies and untrue”, insisting that the survivors of the incident confirmed it was carried out by the vandals with a view to killing the occupants of the surveillance boat.